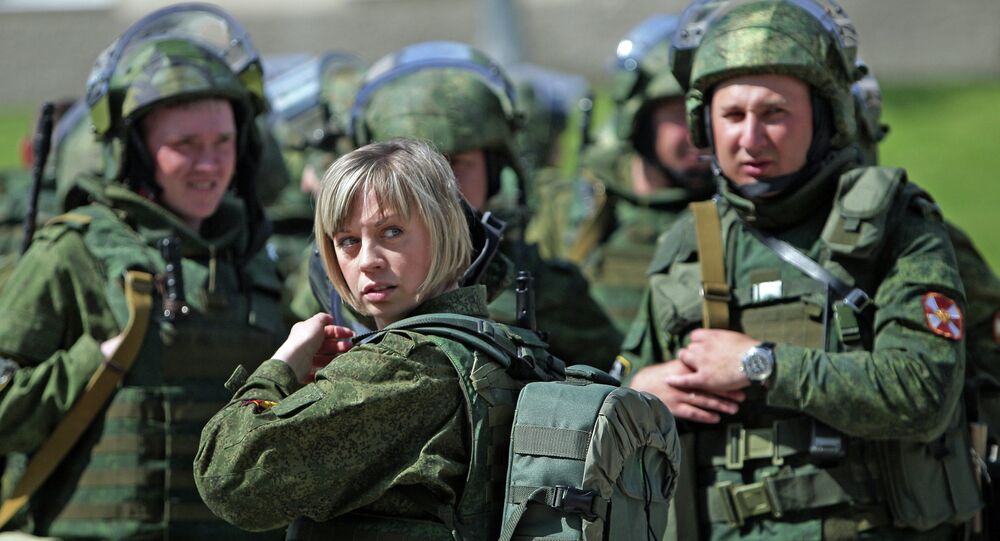 Russian Defense Minister Sergei Shoigu said that a total of 96 military units and organizations were deployed in Crimea.

Addressing a meeting of senior military commanders in Moscow, Shoigu said that a self-sufficient combined-arms contingent has been deployed in the region since the end of 2014.

"A total of 96 units and organizations have been deployed," Shoigu said.

© Sputnik / Alexei Nikolsky
Crimea Ready to Deploy Nuclear Weapons Systems on Russian President's Order
"The contingent ensures protection of Russia's interests in the Black Sea…as well as in the extended zone of operations in the region," Shoigu stressed.

Russian Armed Forces have organized full combat training for the Air Force and increased the number of air defense troops on duty in Crimea, the minister added.

Crimea and Sevastopol rejoined Russia in March 2014 after a 96-percent majority of residents voted for reunification in a referendum.

Be-200 Amphibious Plane Shines During Firefighting Drills in Crimea