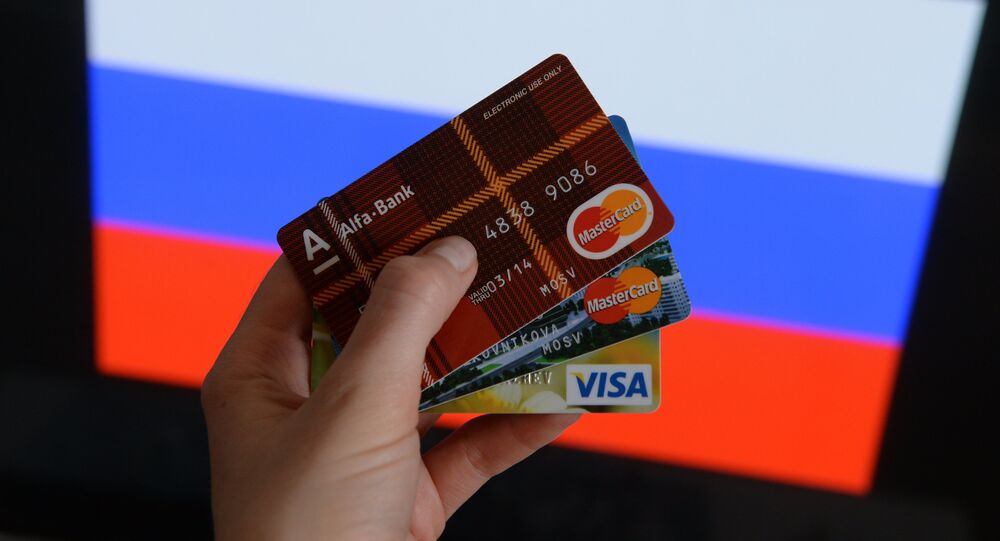 Russia's National Payment Card System already processes some MasterCard transactions, although delays are expected for banks which use Visa.

Russia's National Payment Card System (NPCS) will begin producing its own cards in December 2015, and plans to begin producing cards co-badged with Visa and MasterCard in 2016, the system's head, Vladimir Komlev, announced on Friday:

"If we're talking about the full-fledged acceptance of NPCS cards at the same scale as Visa and MasterCard, then the short-term and middle-term prospect is a co-badging program with these payment systems."

© AP Photo / EyePress, FILE
China's International Payments System Ready to Go
In addition, Komlev announced that all banks that use MasterCard have been certified, and will begin processing cards through the new system by March 31.

Residents of Crimea and Sevastopol will gain access to the system later than the rest of the country, but are expected to do so by the end of 2015. In addition, Komlev is eying countries which have large numbers of tourists from Russia to be interested in the system, including Turkey, Egypt and Eurasian Economic Union countries.

© AP Photo / Patrick Semansky
Visa, MasterCard Stop Operating in Crimea Over US Sanctions
The new National Payment Card System platform will allow all payment processing done by Visa and MasterCard to be done inside Russia instead of being routed through data centers in other countries. The new system will also allow Crimean residents, who are subject to sanctions, to use their bank cards for purchases on the peninsula.
...
Reddit
Google+
Blogger
Pinterest
StumbleUpon
Telegram
WhatsApp
166