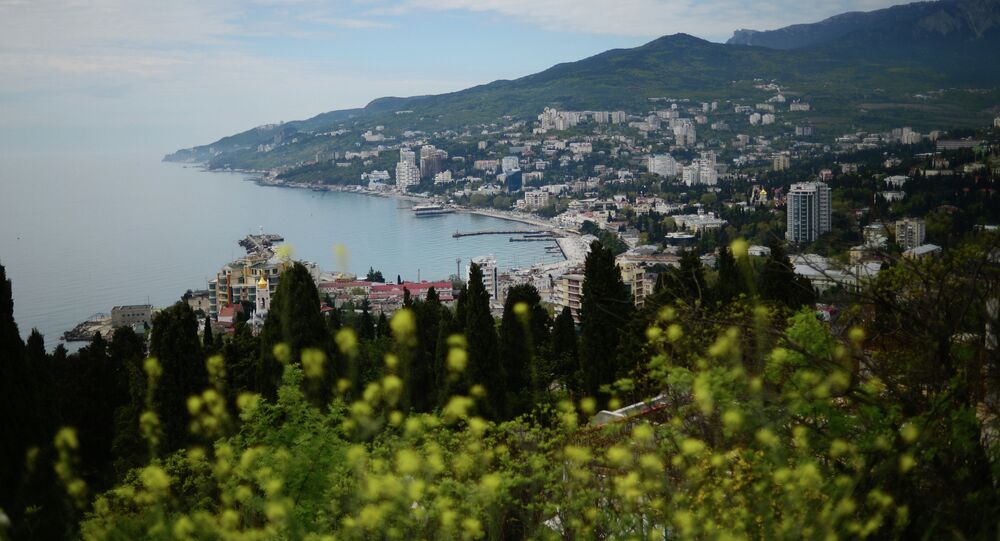 Crimean head Sergei Aksenov said that after the establishment of Crimea as a free trade zone, businessmen from a number of European Union member states and Israel have visited the republic and expressed their interest in investing in the region.

© Sputnik / Alexei Nikolsky
Crimea Ready to Deploy Nuclear Weapons Systems on Russian President's Order
SIMFEROPOL (Sputnik) – Following the establishment of Crimea as a free trade zone, businessmen from a number of European Union member states and Israel have visited the republic and expressed their interest in investing in the region, Crimean head Sergei Aksenov told Sputnik.

“Italian, Portuguese businessmen also, there were French businessmen. Last week there were representatives of Israel. Many come without publicity, as they do business with the Western countries as well, nevertheless they see the advantages which could provide the opportunity to do business in Crimea,” Aksenov said.

According to Aksenov, what makes Crimea especially attractive to foreign companies is the free economic zone status, providing tax incentives for investors.

The republic head added that companies must meet certain conditions of the current Western sanctions. As an example, he stated that the companies can set up a business in mainland Russia and invest in Crimea from there.

“The French have shown an initiative to open an amusement park, the Israelis are ready to cooperate with us in the industry of agricultural processing, we had colleagues from Portugal and Great Britain, who are ready to develop industrial production of different goods here,” Aksenov said.

Aksenov added that some of the investors, for example from France, spoke publicly of their plans “but in areas where it is essential to not reveal information, we are ready to meet investors halfway.”

Russian President Vladimir Putin signed a federal law on the development of the Crimea Federal District and a free economic zone on the territory of the Republic of Crimea and Sevastopol in November 2014.

Under the special economic status, established for 25 years, large investors in Crimea’s economy will be able to receive additional tax incentives to enable them to import goods and equipment duty-free.

India has expressed interest in partnering with a number of Crimean industries, including those of pharmaceutical manufacture, shipbuilding and food production, Sergei Aksenov told Sputnik.

"Our shipbuilding capacities are interesting for representatives of Indian business, the possibility of fishing in our waters, the building of a factory for processing buffalo meat, organization of food supply from India to the Crimean republic. Those are the main directions we discussed [with partners from India]," Aksenov said.

Investors from India are currently mulling several projects in the sphere of pharmaceuticals in the republic, according to the Crimean leader.

Aksenov also added that, following a recent proposal by Russian Upper Parliament Speaker Valentina Matvienko to turn Crimea into a center of high-tech innovations similar to Silicon Valley, the region is interested in learning more about India"s experience in this sphere.

"We are aware that India was able to create such conditions, India is currently the source of some of the best software products in the world. We would like to learn from those positive experiences and would like to communicate with the representatives of Indian business who work in the IT technology industry," Aksenov said.

On Wednesday, Deputy Chairman of Crimea Council of Ministers Dmitry Polonsky told Sputnik that Crimea has been benefiting from the strong friendly ties between Russia and India.

The politician mentioned that the status of Crimea as a free economic trade zone provides very profitable conditions for Indian businesses.