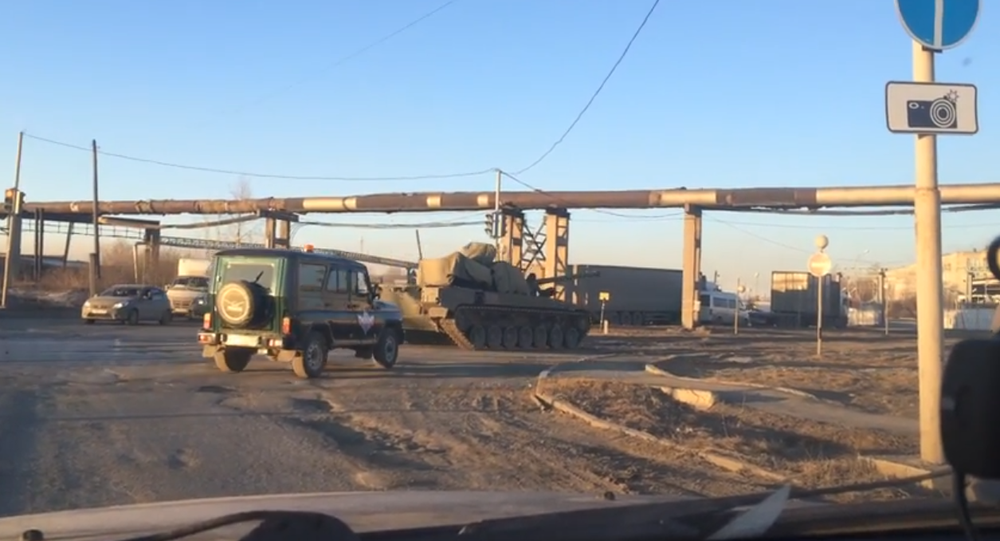 The first photos of Russia’s top-secret tank have appeared on the Internet. Moreover, the all-new T-14 Armata tanks were captured as they were being transported by rail to a range outside Moscow ahead of the May 9 Victory Day parade on Red Square.

Even though the tanks were partially camouflaged to hide their silhouette and size, the seven-track design was clearly visible.

After five years of development, the Uralvagonzavod Research and Production Corporation finalized manufacture of the first batch of Armata tanks and heavy personnel carriers. They have been included in Russia’s 2015 defense order.