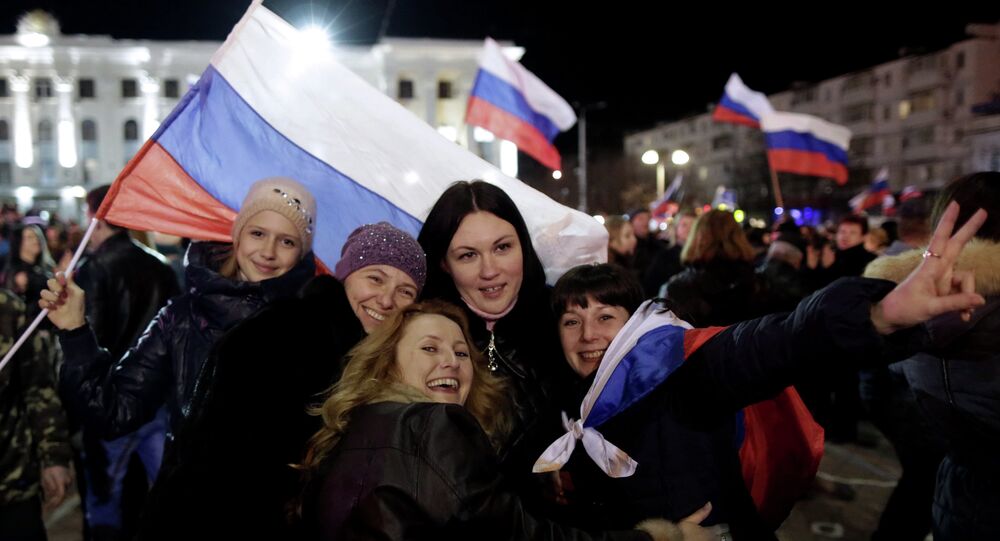 Marine Le Pen's advisor told Sputnik Crimea should have been returned to Russia after the collapse of the USSR.

MOSCOW (Sputnik) — Crimea should have been returned to Russia after the USSR collapsed instead of remaining a part of Ukraine, Ludovic de Danne, European Affairs Adviser for the leader of French right-wing Front National party Marine Le Pen, told Sputnik Monday.

© Sputnik / Evgeny Biyatov
Crimea's Population Won From Rejoining Russia - Czech Politician
"After the times of USSR Crimea should have been given to Russia, that is for us sure and clear," de Danne said.

De Danne added that he and Le Pen had visited Crimea before the crisis in Ukraine started and had seen that the people living there were Russian.

"It was so clear, it was just a question of reality, not about politics or geostrategy," de Danne said.

Crimea became a part of Russia last March, following a referendum where 96 percent of voters backed reunification with Russia. Kiev and a number of Western states have branded the move an illegal "annexation."