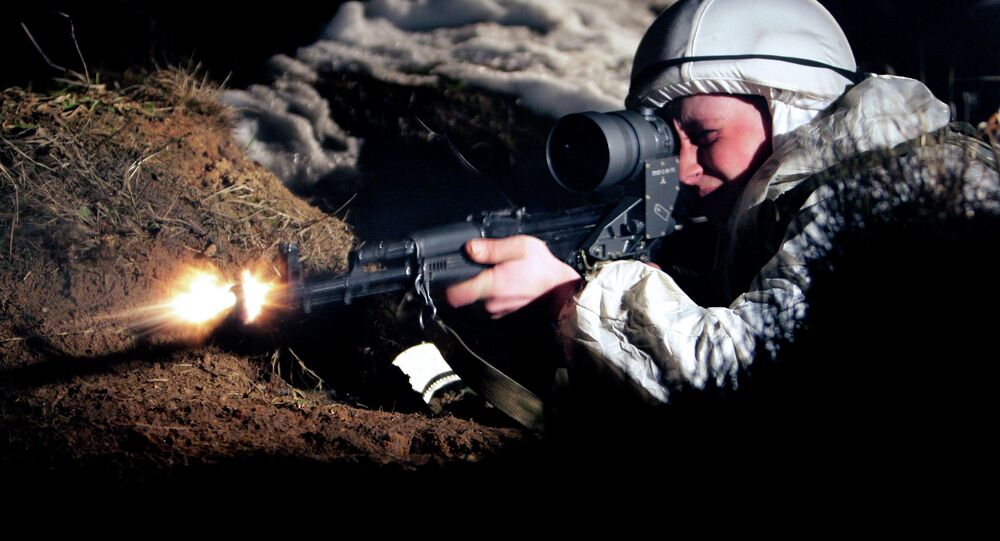 © Sputnik / Evgeny Yepanchintsev
Russian Military Holding 'Anti-Diversion Operation' Drills on Kuril Islands
Russian reconnaissance units based in Armenia have begun tactical sniper exercises in the remote areas of this South Caucasian country, according to the press service of the Russian Southern Military District.

More than 100 servicemen, including those from a Russian rifle company, are taking part in so-called "sniper duels", the press service said.

"The sniper drills are being held between two teams carrying different insignia. One of them is acting as a simulated enemy sniper group which is being targeted by the other counter-sniper detachment. During their sniper duels, soldiers improve their ability to pick firing positions, their camouflage skills and their ability to deliver aimed fire with ballistic corrections," the press service added.

© Flickr / Greg Bishop
Russian Strategic Bombers Conduct Drills in Arctic Circle
The current drills are the final stage of preparation and coordination of sniper pairs stationed at the Russian military base in Armenia.

The exercises come two days after Russia's artillery drills in Armenia, where operators of Grad multiple rocket launchers practiced using their weapons systems in the field.