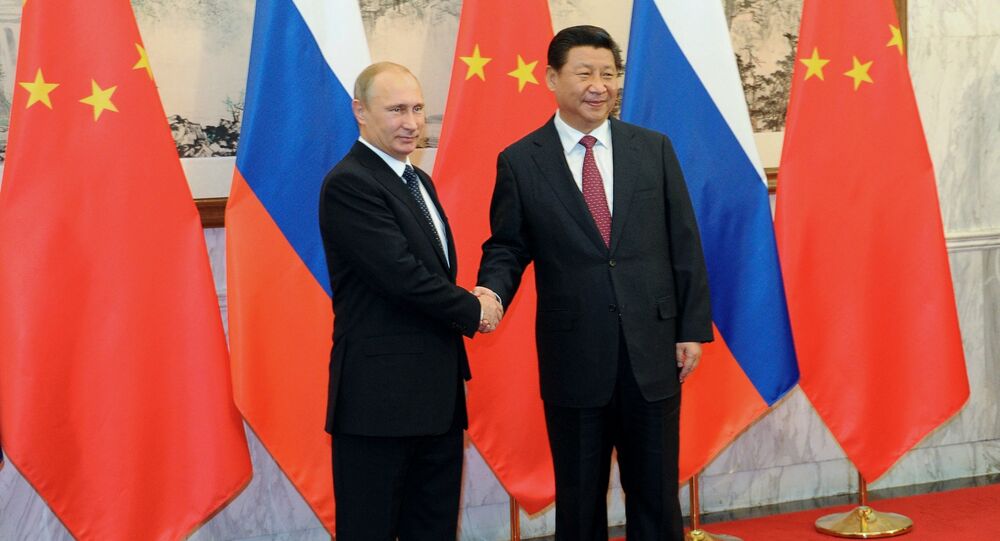 Putin May Pay Official Visit to China in September - Kremlin

Russia's President Vladimir Putin may attend the 70th anniversary celebrations of the end of WWII in Beijing.

© Sputnik / Sergey Guneev
Trade Between Russia, China Expected to Reach $100Bln in 2015 – Minister
MOSCOW (Sputnik) — Russian President Vladimir Putin may visit Beijing in the beginning of September to attend celebrations of the 70th anniversary of the end of World War II, the Kremlin chief of staff said Thursday.

Ivanov described the Thursday meeting between Putin and Li as very "constructive and frank," adding the negotiations zeroed in on the preparations that will be taken ahead of "the numerous reciprocal visits" that the Russian and Chinese presidents are to take part in later this year.

According to Ivanov, in 2014 alone, Russian President Vladimir Putin and his Chinese counterpart Xi Jinping held five personal meetings with many more planned for 2015.

Chinese President Xi Jinping is also expected to visit Moscow on May 9 to join in commemorations of the 70th anniversary of the end of World War II in Europe.

Ivanov stressed Xi's upcoming trip to Moscow would serve to remind both young and old of the contribution that Soviet and Chinese people made to the defeat of European fascists and "Japanese militarism" in 1939-1945.