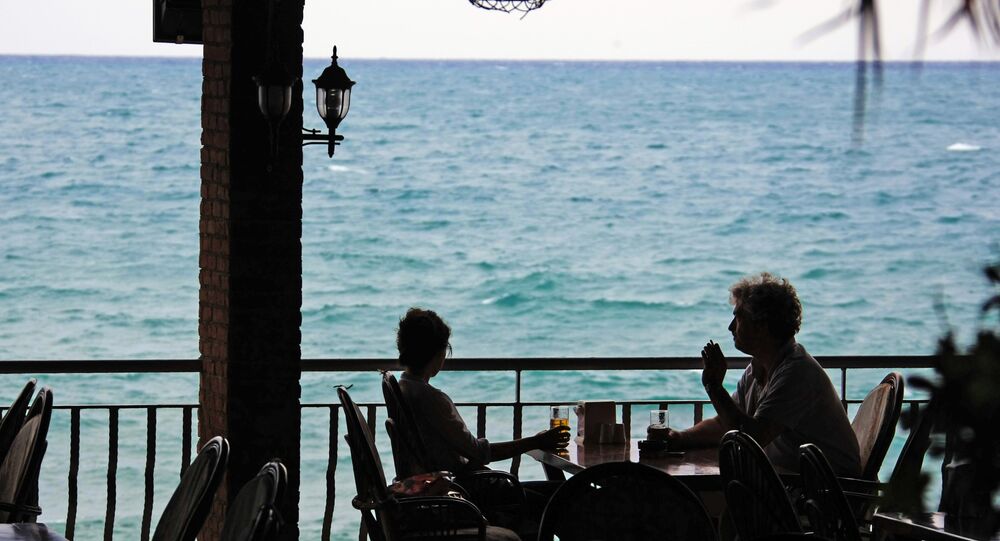 According to recently-released figures, Russian tourists compensated for the weak ruble by vacationing in Asia rather than Europe, while Chinese tourists replaced Germans as the biggest visitors to Russia in 2014.

© AP Photo / Hassene Dridi
Tunisian Tourism to Lose Over $700Mln After Bardo Terrorist Attack
Russian tourism in 2014 pivoted towards the East, according to figures released by the Russian statistical agency Rosstat this week, which found that for the first time in 22 years, German tourists to Russia were outnumbered by the Chinese. Despite the falling ruble, the number of Russians taking holidays abroad dropped by just three to four percent.

Rosstat reports that number of visitors to Russia from Asia saw a marked increase in 2014, with the number of Chinese and Turkish visitors up by ten percent. There were 17 percent more Israelis, and there was a staggering 58 percent increase in the number of South Koreans. The agency's statistics do not differentiate between business and leisure trips, and estimates that around 60 percent of those visiting Russia do so for business purposes.

© Flickr / Trey Ratcliff
American Tourists Caught Defacing Rome's Colosseum, Then Taking Selfie
Overall, the number of Russian tourists taking trips abroad has dropped by just three to four percent in comparison with the previous year. However, Russian tourists, traditionally favored in European resorts for their higher spending, are choosing budget options and have cut the amount they spend on their holidays, the average cost of which is down by 20 to 25 percent.

Traditional destinations for Russian tourists in the European Union saw a drop in demand, with Finland taking the biggest hit, seeing a 58 percent drop in the number of visitors from Russia, while Austria got 16 percent less. Italy was the only European country to buck the trend, recording a three percent rise in visitors. Egypt, with a 34 percent rise in tourists, was the biggest benefactor, while South Korea and Turkey got 18 percent and six percent more visitors from Russia respectively.