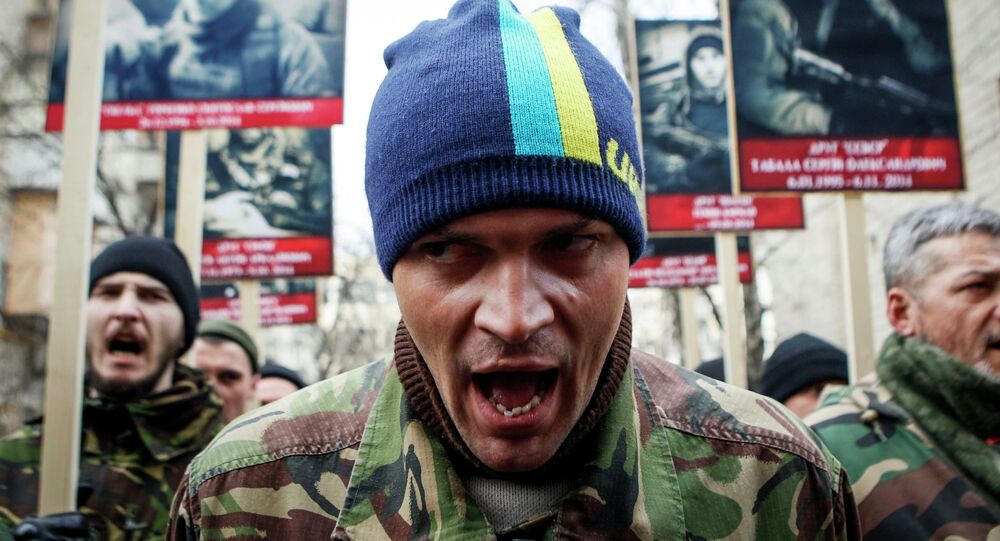 The Russian Prosecutor General's Office has drawn up a list of 19 websites and social media groups home to radical right organizations in Ukraine, sending it off for review to Roskomnadzor, Russia's media compliance office.

The sites and pages in question belong to organizations including Right Sector, the Ukrainian National Assembly-Ukrainian People's Self Defense, (UNA-UNSO), Brotherhood, and the Stepan Bandera Trident.
Russian newspaper Izvestia has confirmed that Roskomnadzor has already begun the process of blocking access to the resources, with 81 sources already blocked or deleted.

VKontakte press secretary Georgi Lobushkin noted that the social media company welcomes the move, noting that "within the framework of the law, we monitor any illegal content on our site, [including] extremist or other communities prohibited by law."

© Flickr / Ministerio TIC Colombia
France Blocks Five Websites Over Terrorism Propaganda - Reports
Russia's Supreme Court placed the above mentioned Ukrainian groups into a list of extremist organizations in late 2014. However, a number of resources associated with these groups can still be found and accessed in Russia. Right Sector alone is believed to have over 1,300 associated internet communities, with over half presently blocked in Russia.
© Sputnik / Konstantin Mihalchevsky
Ukrainian Internet Army Report Card: 'A' For Effort 'F' For Achievement
The latest appeal to prosecutors was organized in February by a Russian civil society group known as the Media Guard and by Young Guard activists from the ruling United Russia political party. Activists have reported several thousand complaints against Right Sector alone, including extremist calls to action, death threats and threats of extremist violence against minorities.
...
Reddit
Google+
Blogger
Pinterest
StumbleUpon
Telegram
WhatsApp
134