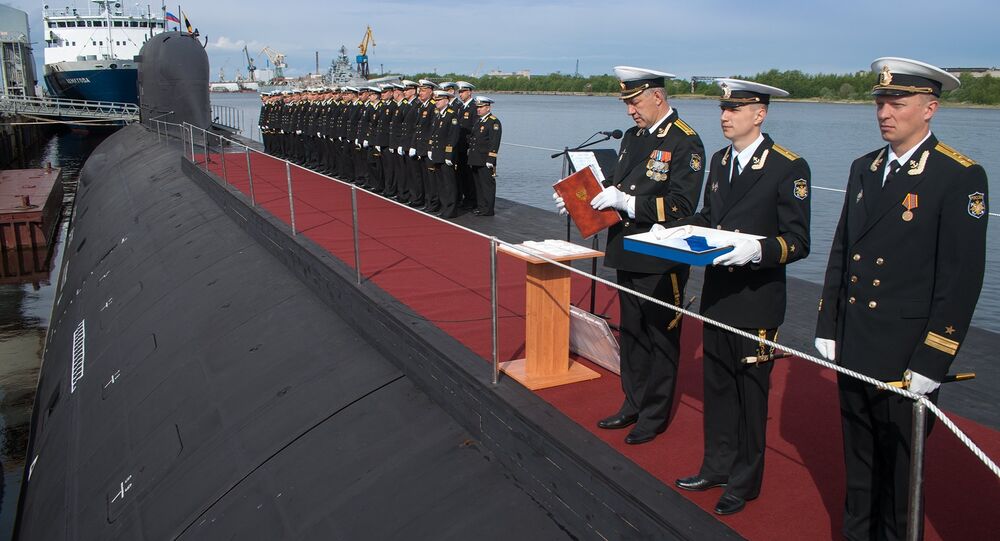 The multirole Yasen-class nuclear sub Arkhangelsk and the diesel-electric Lada-class Velikiye Luki have been laid down as part of Submariners' Day celebrations.

© Wikipedia
Russian Northern Fleet’s Nuclear Forces Hold Snap Drills
Multirole nuclear submarines have been growing in importance internationally, and in the US Navy, they have been slowly pushing out strategic subs, as since 2004, 11 Virginia-class submarines have been built and seven more are in the works. Meanwhile, the last strategic nuclear sub made in the US, the Ohio-class USS Louisiana, was laid down in 1992.

© Sputnik / Mikhail Fomichev
Russia Grows Maritime Potential, Returns to Global Geopolitics
The new Velikiye Luki submarine will be built according to a new, modernized project, and will have "improved stealth parameters and extended autonomous operation," according to Navy Commander Viktor Chirkov. This most likely means a new engine which does not depend on the submarine's oxygen supply, which gives submarines improved stealth and allows them to stay underwater longer.