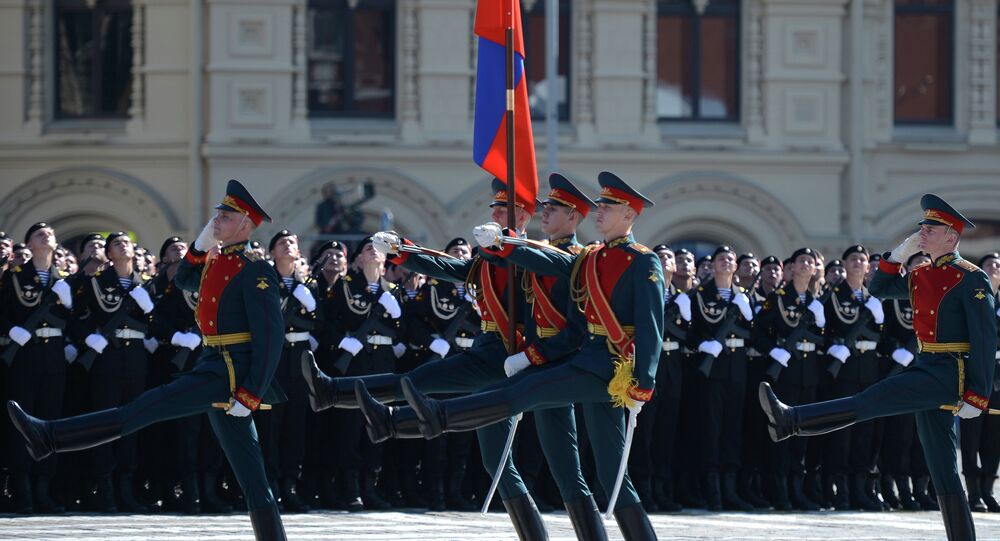 The heads of 26 countries, UNESCO and the Council of Europe confirmed their desire to participate in Moscow’s Victory Day celebrations on May 9. Some European leaders accepted Russia’s invitation despite US pressure, Russia’s foreign minister said.

© Sputnik / Anton Denisov
Military From Over 10 States to Take Part in Victory Parade on Red Square
MOSCOW (Sputnik) — The leaders of 26 countries have confirmed that they will take part in Moscow’s Victory Day celebrations on May 9, Russia’s Foreign Minister Sergei Lavrov said Tuesday.

“As of yesterday, the leaders of 26 states, as well as UNESCO and the Council of Europe had confirmed their participation,” Lavrov said.

These include the leaders of China, Cuba, the Czech Republic, Greece, Slovakia and Cyprus, according to the minister.

© Sputnik / Evgeniya Novozhenova
Leaders of CIS States to Hold Informal Meeting in Moscow on May 8
Lavrov noted that some of the European leaders accepted Russia’s invitation despite US pressure.

Moscow is set to host grandiose celebrations to mark the 70th anniversary of Nazi Germany's defeat in the Second World War.