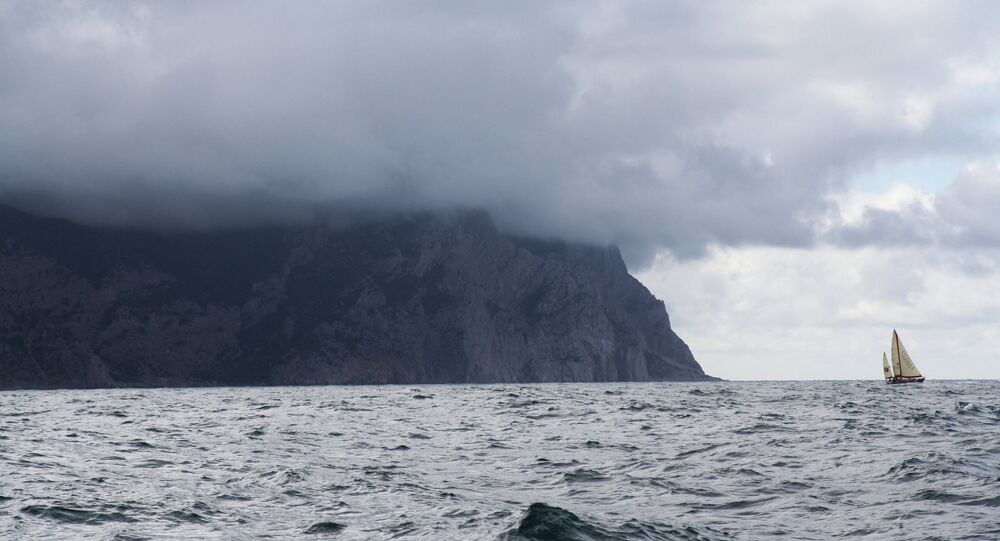 Russia's documentary "Crimea - Way Back Home" unveiled curious facts and peculiar details of reunification of the Crimean republic with Russia.

Ekaterina Blinova — When Arseniy Yatsenyuk, up in arms about Andrei Kondrashov's movie "Crimea — Way Back Home," called upon investigators from the Hague and international observers to watch the film, he was completely right it: the documentary is really worth seeing.

© Sputnik / Konstantin Chalabov
Russia Never Sent Troops to Ukraine, Personnel Number at Crimean Base Was Regular - Putin
It exposes unsightly details of the Ukrainian February coup, carried out by ultra-nationalist gangs and sheds light on the US's role in the "color revolution."

Moreover, the story of the rescue operation of Viktor Yanukovych, the ousted Ukrainian president, has eclipsed many of the James Bond films. Russia's special forces helped the former Ukrainian leader evade heavily armed gangs sent by the junta and escape death when he found himself literally between the devil and the deep blue sea.

© Sputnik / Ramil Sitdikov
Berkut Special Forces Prevented Bloodshed During ‘Crimean Spring’ – Veteran
The film also reveals what frightened the crew of the destroyer USS Donald Cook in the Black Sea, prompting the American vessel equipped with deadly Tomahawk cruise missiles and the most advanced Aegis Combat System to reverse its course and sail away from Crimea's shores. It was the flight of a Russian Sukhoi-24 (Su-24) fighter jet (that carried neither bombs nor missiles) over the notorious destroyer.

And did you know that Russian Cossacks who protected Crimea's borders together with former Berkut special police were not only brave fighters but also remarkable singers? Curiously, their singing really scared Ukraine's ultra-nationalists out of their wits: the neo-Nazi punishers understood that the peninsula inhabitants would not give up without a fight.

Russia marks first anniversary of Crimean referendum. What is your attitude towards it after one year?
Voted: 2
All polls
One could hardly imagine that Natalya Poklonskaya, gorgeous and the charismatic Crimean Prosecutor General decided to retire after the coup and left Kiev for Crimea, not to head up the prosecution office, but to breed fowls in the countryside. Indeed, she was ready to sacrifice 12 years of her successful career after being disgusted with the illegitimate and criminal activities of new the Ukraine's authorities.

However, it would have been a great disappointment if Jen Psaki, the new White House communications director, missed a chance to watch the movie, that she earlier slammed for its "deceitful approach."

Well, don't give up if you have not seen the documentary: Rossiya Segodnya International Information Agency will make subtitles for the film "Crimea — Way Back Home" in dozens of foreign languages, telling the untold story of Crimea's reunification and geopolitical standoff over the Russian peninsula.