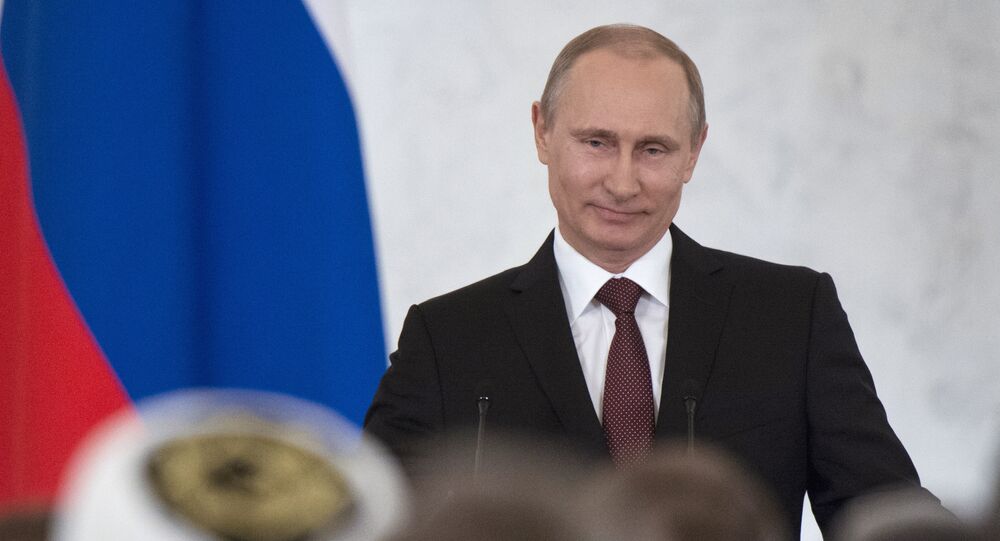 The Russian documentary about the much-discussed reunification of the Crimean republic with Russia after 60 years under Ukrainian rule will air on Sunday.

MOSCOW (Sputnik) – A Russian documentary will air on Sunday, highlighting the much-discussed reunification of the Crimean republic with Russia after 60 years under Ukrainian rule.

In the trailer, Russian President Vladimir Putin talks about the events that preceded the Crimean referendum on March 16. The plebiscite found that most people in this majority Russian-speaking region backed Crimea's return to Russia.

© Flickr / Taema Dreiden
Life 'Under a Reign of Terror': What Nuland Doesn't Want You to See
The president said that the idea of Russia's reunification with the Crimean peninsula was first conceived after Western-backed far-right forces seized power in Ukraine. It was Moscow's intent not to let the people of Crimea be thrown "under the wheels of this nationalist bulldozer," he said.

Putin's interview has stirred controversy in Kiev, with the Ukrainian prime minister urging the International Court of Justice at The Hague consider the footage as evidence of Russia's premeditated invasion.

However, local dignitaries in Crimea have voiced their enthusiasm about the forthcoming movie. Head of Crimea Sergei Aksyonov said on Wednesday he was looking forward to the premiere of the documentary that he described as a "high-quality" production.

Crimea and the city of Sevastopol became Russian regions following a referendum, in which over 96 percent of Crimean voters backed a move to leave Ukraine for Russia, prompting the West to slap the region with rounds of individual and economic sanctions.