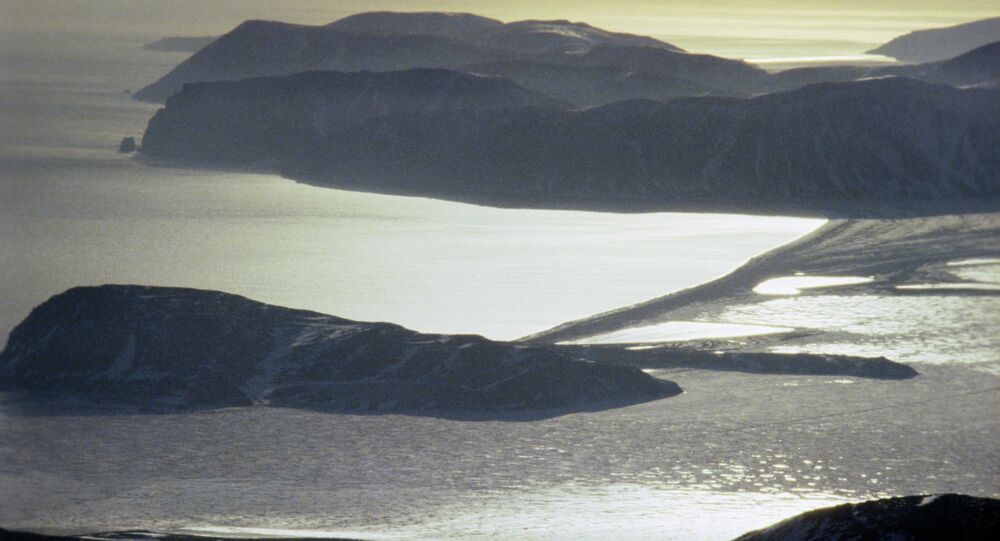 Citing the US Coast Guard, Canada's CBC News reported Friday that deteriorating relations between Canada and Russia, combined with a weakening satellite locator and the intricacies of maritime law, will make plans for retrieving a Canadian barge difficult.

© Flickr / 4 Cdn Div/4 Div CA - JTFC/F
Freezing Cold War: Canada to Spend Billions on Arctic Military Gear
The unmanned 134-foot barge, owned by Northern Transport Company Ltd, went adrift last fall on its way to the Northwest Territories after breaking free from its tugboat in a storm in the Beaufort Sea. The barge, named the NTAL-2, has since travelled 2,600 km before getting trapped in sea ice 70-80 kilometers off the coast of the far-eastern Russian region of Chukotka. A makeshift GPS tracker onboard the ship now places the vessel 42 kilometers from Russia's coast.

Speaking with CBC News, US Coast Guard Commander Shawn Decker speculated that rescuing the wayward vessel will be difficult, noting that "there is a challenge dealing with Russia, as far as the current state of communications between the US and Russia," which in Decker's view "includes Canada."

© Flickr / NASA Goddard Space Flight Center
US Navy Deploys Drones Under Arctic Ice, Competes With Russia for Waterways
Experts fear that sea currents could result in the barge crashing into the Russian coast. John Higginbotham, Carleton University Professor and expert on Arctic policy, postulates that "I don't think it's going to be a case of tossing the ball over the hedge to your neighbor. If the Russians don't want to give it back, they won't give it back." Russia has thus far made no indication on their plans for dealing with the ship, authorities commenting last month only that they were monitoring the ship's location, along with the ecological situation in the area. The ship is believed to be carrying 3,500 liters of diesel fuel, with Chukotka authorities noting that no signs of spillage have been reported.

Canadian authorities are also worried about the particulars of maritime law, with salvage rights stating that recovering a ship or cargo entitles the finder to a reward, making it possible for reward-seeking individuals to grab the vessel and hold out for a reward. Canadian maritime law specialist Chris Giaschi told CBC that enterprising individuals "could hold on to the vessel until such time as an appropriate reward is given."

© Sputnik / Ramil Sitdikov
Russia Invites China to Explore Arctic, Siberian Oil and Gas Fields
Compounding their worries, Canadian observers note that the makeshift GPS locator placed on the drifting vessel by the Marine Exchange of Alaska is getting weaker, and may go dead entirely in the near future.

Northern Transport Company Ltd has repeatedly declined to comment on the drifting barge, noting only that they have plans to recover it in July when sea ice melts.