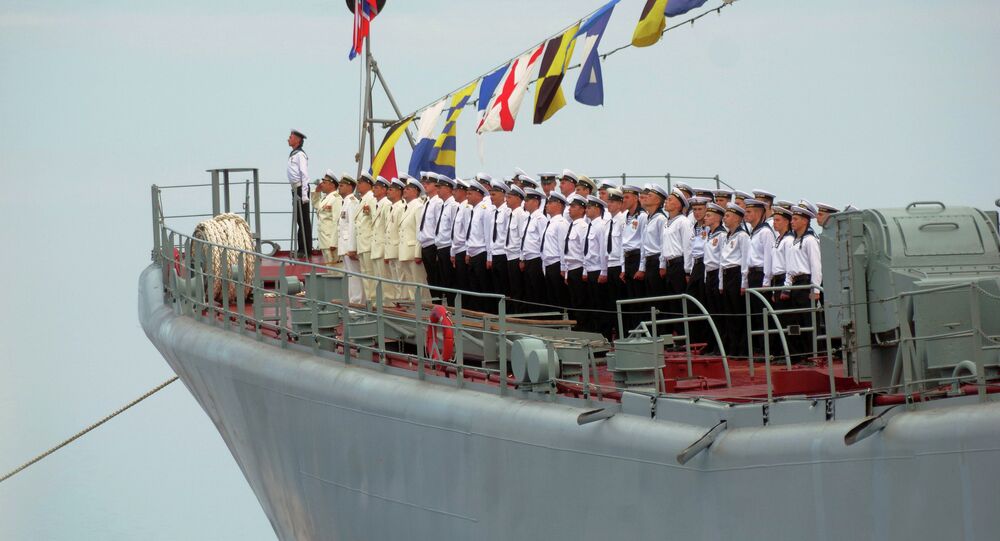 The first in the series, the Admiral Grigorovich, is set for at-sea testing at the end of March; the second, the Admiral Essen, is expected to leave dry-dock by the end of the year.

Russia’s latest guided missile ship, the frigate Admiral Grigorovich, is the first in its series and is set for at-sea testing by the end of March.

The ship floated out of Yantar shipyard in Russia’s Baltic exclave of Kaliningrad last year.

It is the first in a series of six Project 11356 frigates being built for the Black Sea Fleet. The vessels of this project are designed for anti-surface warfare (AsuW), anti-submarine warfare (ASW) and anti-air warfare (AAW) missions, and are capable of conducting missions alone as well as a part of task force.

The Russian Ministry of Defense originally signed two contracts with Yantar Shipyard between 2010 and 2011 for the construction of six Project 11356 frigates.

The keel of the first ship in series, Admiral Grigorovich, was laid down in December 2010 and the vessel was floated out of dry-dock in March 2014.

Later on, one of the projected vessels was cancelled as Russia decided to replace it with a stronger Admiral Gorshkov class frigate, also known as Project 22350. The vessel was laid down on February 1, 2006 at a shipyard in St. Petersburg. It is also due by the end of 2015.

The five Admiral Grigorovich-class frigates are set to increase the firepower and defensive capabilities of the Black Sea fleet stationed in Crimea exponentially as each of these ships is a formidable force even when it stands alone.

The frigates are armed with an eight-cell launcher for Kalibr and Klub (3M54E) anti-ship and surface-to-surface missiles, which are rightfully feared by the fleets of the world as they are capable of multi-vector attacks at supersonic speeds. The potential aggressors have virtually nothing to intercept them due to their high speed and very low flight attitude. One single hit from such a missile is enough to sink a destroyer or to take out an aircraft carrier during a battle.

Also, these frigates are able to take on enemy submarines with their 533 mm torpedoes. Additionally, it possesses one RBU-6000 rocket launcher that is used for anti-submarine warfare as well as for coastal bombardments.

The project is based on a joint Indian-Russian endeavor. Namely, six very similar frigates were made for the Indian Navy (Talwar class) and they are amongst the best ships India has. The Russian version is upgraded on several levels and Russia's new frigates can be considered more potent than their Indian counterparts.

© Sputnik / Vitaliy Ankov
Russia's Black Sea Fleet to Receive New Frigate, Two Subs by 2015
The Admiral Gorshkov-class frigate is the first long-range maritime surface vessel to have been projected and built for the Russian Navy in 15 years.

The Russian navy was almost completely ruined during the 1990’s and only a few ships and submarines from its once powerful navy were still operational by the early 2000’s.

As the years passed and NATO expanded its presence to the very borders of Russia, the navy once again became relevant to the country's defense and the Russian state is currently experiencing a real boom in ship building.