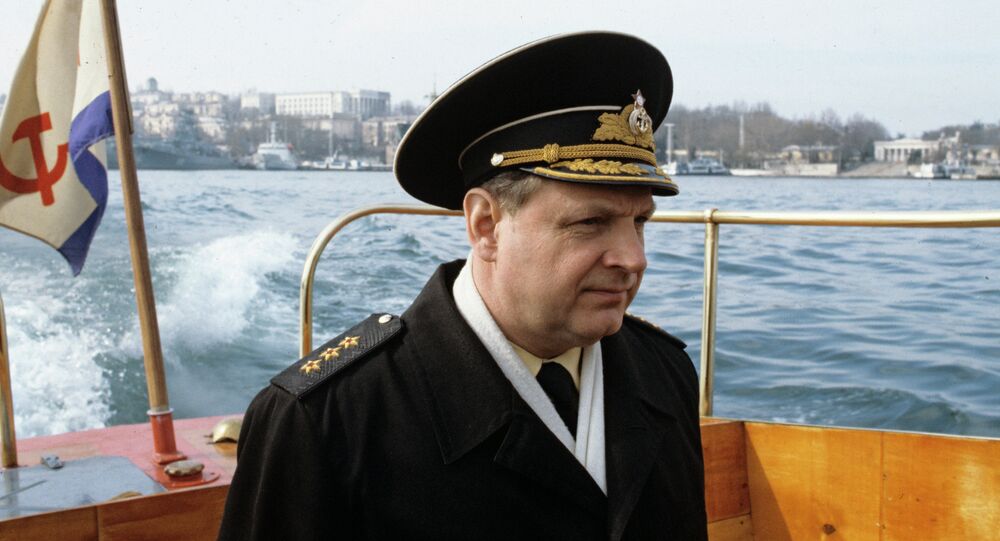 Retired Admiral Igor Kasatonov revealed details of the 2014 Crimean operation and gave insight into his role in the history of the Russian Black Sea Fleet.

The 2014 operation in which Ukrainian military bases were blocked was successful because NATO reconnaissance did not monitor it, the former commander of the Russian Black Sea Fleet, Admiral Igor Kasatonov, told RIA Novosti.

"In Crimea, NATO reconnaissance missed everything it could and couldn't have. One of the reasons for this is the policy of strict radio silence during the grouping's concentration, as well as the skilled use of the Sevastopol base, and the transportation which brought the Armed Forces to Crimea."

© AP Photo / Ivan Sekretarev
Ukrainian soldiers guard a gate to their military base in the village of Perevalne, outside of Simferopol, Ukraine, on Sunday, March 2, 2014

The Admiral, who headed the Russian Black Sea Fleet in 1991 and 1992, also revealed the scope of the Crimean operation:

"I was told that Ukrainians were given the information that in February in Kacha (Sevastopol), three helicopters would land, but six landed instead, at the Gvardeysky airfield one Il-76 would land, but three landed instead, 500 people. These were diversionary units, spotters and guides which acted together with the Fleet grouping."

"After August 3, 1992, the negotiation process led to catastrophic consequences: the Black Sea Fleet left everywhere except Crimea — Mykolaiv, Kherson, Odessa. Only Sevastopol, Feodosiya and Gvardeyskoye airfield near Simferopol were left. These were humongous mistakes."

Admiral Kasatonov also revealed what he knew about the operation, saying that the famous "polite people" were Army Spetsnaz and that the situation could have easily gone out of control if they hadn't disarmed the Ukrainian military bases in Crimea prior to blocking them in.