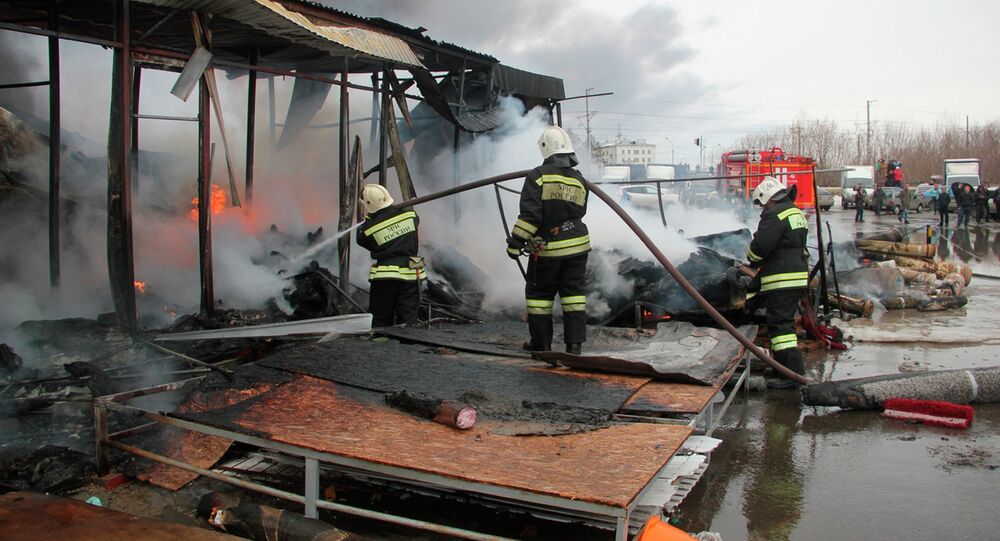 The body of the 15th victim has been removed from under the ruins, according to an unnamed source from within local emergency agencies.

MOSCOW (Sputnik) — The number of victims of a fire at a shopping center in the Russian city of Kazan, Tatarstan, rose to 15, an unnamed source from within local emergency agencies told RIA Novosti on Friday.

The body of the 15th victim has been removed from under the rubble. There is no official information at the moment.

According to latest reports, over 50 have been injured in the fire. More than 20 people are thought to still be under the rubble.

The fire in the Admiral shopping-mall, one of the largest retail centers in Kazan, emerged Wednesday afternoon and quickly spread to over 4,000 square meters (43,000 sq feet) of the facility.

On Thursday, the Russian Investigative Committee stated that a short circuit may have caused the fire.

The investigators also name arson by retail competitors a possible cause.

"[Some] basic versions of what [may have] happened are: a short circuit in a perfume shop; an arson made by the competitors from other shopping complexes of Kazan; a careless handling of fire," a representative from the Investigative Committee said on Friday.