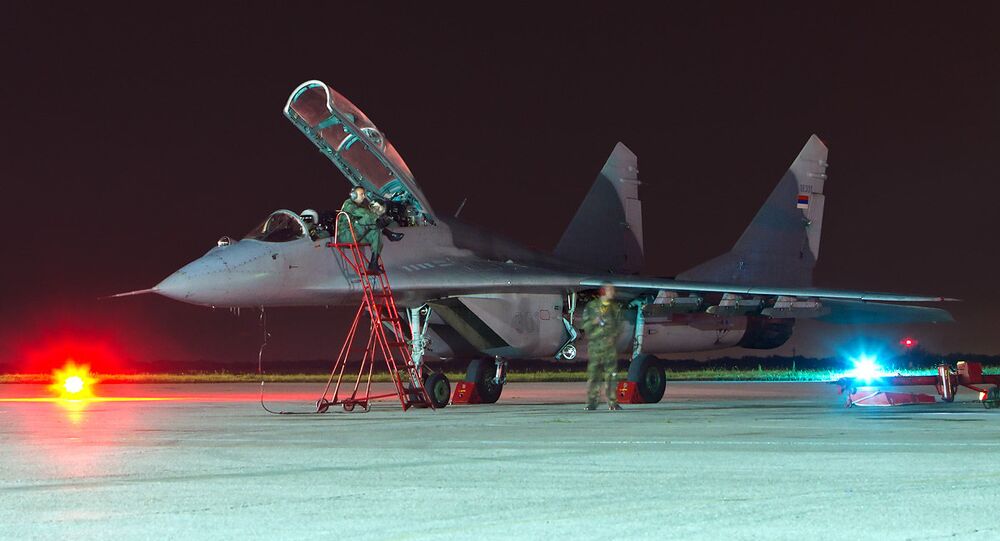 Russian and Serbian military pilots will have joint tactical drills in September.

Klimov added that pilots from both countries will represent tactical and ground-support units in mixed crews.

"Aircrew on MiG-29 fighters will perform tasks to intercept air targets, while Mi-8 military transport and combat helicopters will work on tactical landings, covering ground units from the air, firing missiles at ground targets at the site, as well as aircrew search and rescue operations," the spokesman said.

Aspiring EU member Serbia has maintained friendly relations with Russia despite the European Union’s numerous sanctions against Moscow, including in the military field, over its alleged involvement in the Ukraine crisis.

Serbia’s leadership has repeatedly stated that it is not afraid that its refusal to mirror the bloc’s restrictive measures against Moscow will delay the country’s accession to the union.