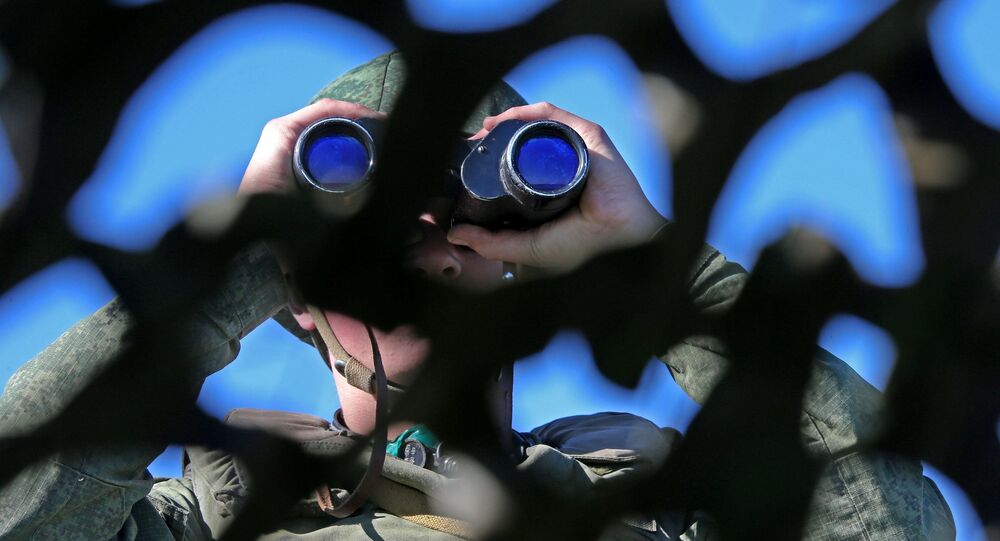 The head of the Department for Nonproliferation and Control of Arms of the Russian Foreign Ministry Mikhail Ulyanov said that Russia has the right to place nuclear arms on its territory, but he does not know about plans of placing nuclear arms in Crimea.

© Sputnik / Igor Zarembo
Over 2,000 Russian Anti-Air Defense Soldiers Begin Drills in Crimea
MOSCOW (Sputnik) — Moscow has the right to place nuclear weapons in Crimea, but is not currently planning to do so, the head of the Department for Nonproliferation and Control of Arms of the Russian Foreign Ministry Mikhail Ulyanov said Wednesday.

"Obviously, Russia has the right to place nuclear arms on its territory, if it considers it necessary, in any region. I am not aware of any presence of nuclear weapons in Crimea, I do not know anything about plans of placing them there, but in principle we presume that we have this right, obviously, but Kiev, of course, believes differently," Ulyanov said at a press conference in Moscow.

© Sputnik / Artem Zhitenev
Crimea’s Reunification with Russia Saved Locals from Human Rights Abuses
Last December, Russian Foreign Minister Sergei Lavrov said that Russia reserves the right to place nuclear weapons on any part of its territory, including in Crimea. Later the same month, US Assistant Secretary of State Victoria Nuland vowed that Washington and its allies would respond to possible stationing of nuclear weapons in the peninsula.

The residents of Crimea voted to break away from Ukraine and reunify with Russia at a referendum on March 16, 2014. The West and the Kiev government refused to recognize the vote and accused Russia of annexing Crimea.