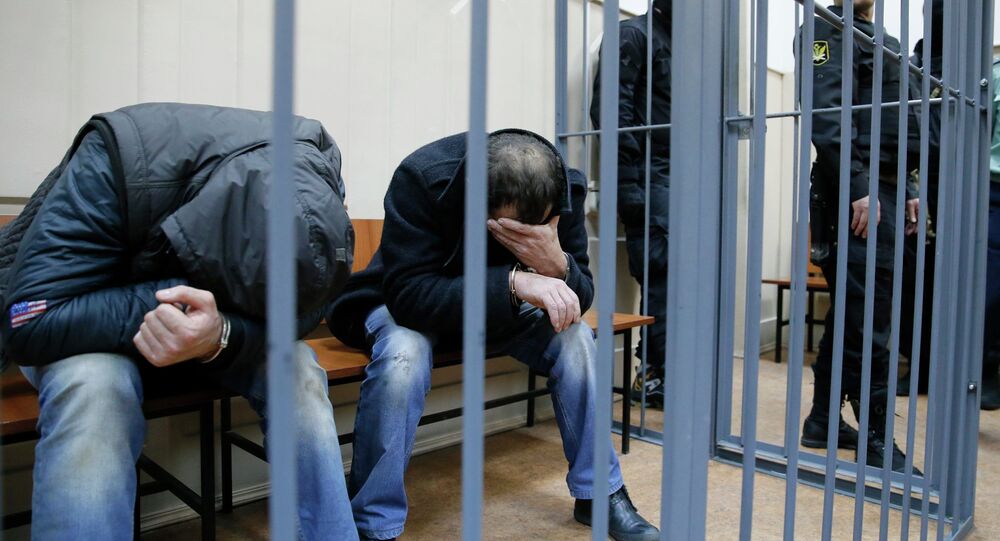 Moscow Basmanny District Court received complaints on their arrest from the lawyers of suspects in the murder of Russian opposition politician Boris Nemtsov, according to court's spokeswoman.

"The court has received complaints from the lawyers of Anzor Gubashev and Tamerlan Eskerkhanov," Anna Fadeyeva said.

Nemtsov was shot dead late February 27 near the Red Square in central Moscow. The politician occupied the post of deputy prime minister in the late 1990s and later became a prominent critic of the policies of the Russian government.

© AP Photo / Dmitry Lovetsky
Suspect Pleads Guilty to Taking Part in Russian Politician Nemtsov's Murder
On Sunday, the court called for the arrest of five suspects. One of them, Zaur Dadayev, has pleaded guilty, according to the judge.

Earlier Wednesday, member of the Russian Presidential Human Rights Council Andrei Babushkin suggested that Dadayev had confessed under torture. According to Babushkin, the council delegation found multiple wounds on Dadayev's body during a custody visit.

The Russian Human Rights Council member said his institution may address the Russian Prosecutor General and the head of the Investigative Committee to discover the cause of the wounds.