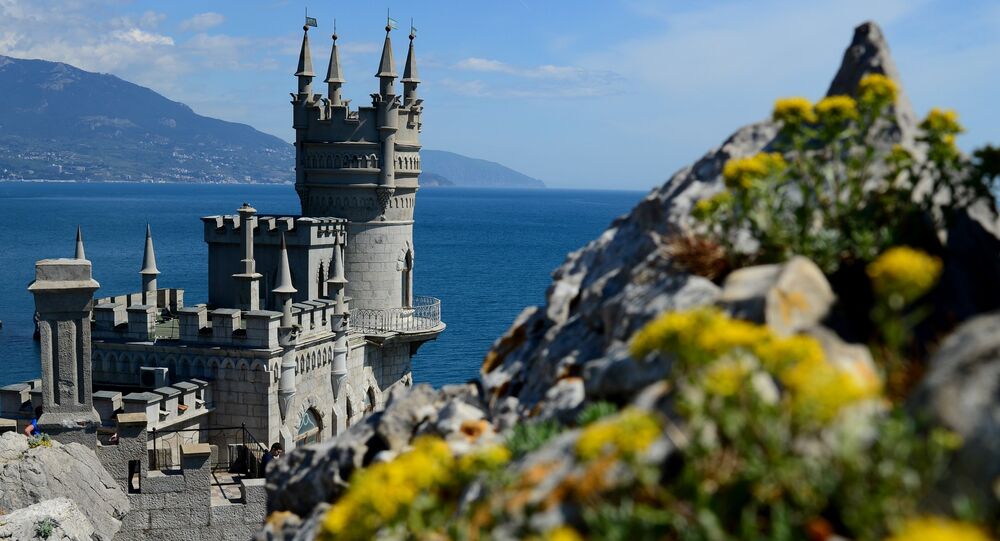 Russian TV channel "Rossiya 1" will air a documentary with Russian President Vladimir Putin speaking about the developments preceding the referendum on Crimean reunification with Russia on March 16, a statement on the channel's website said Tuesday.

© Sputnik
Oops! She Did It Again: Psaki Sensed ‘Russian Propaganda’ in Film About Crimea Without Watching It
MOSCOW (Sputnik) — The film will be aired at 10:10 p.m Moscow time (19:10 GMT).

In the latest trailer of Andrey Kondrashov's upcoming documentary titled "Crimea. Way Back Home" Putin said that the idea for Crimea's return appeared after Ukrainian nationalists supported by the West came to power following a military coup.

"The events in Ukraine began to develop in a way that we had to start considering Crimea's reunification with Russia. Because we could not abandon it [Crimea] and the people living on its territory, we could not throw the people under the wheels of this nationalist bulldozer," Putin said in an interview that forms part of the documentary.

The Russian leader revealed that before the decision was made to give the Crimean people an opportunity to choose whether they wanted to join Russia, an unofficial poll aimed to find out if there was broad public support for reunification was conducted "outside the context of a possible reunion."

"The ultimate goal was to give people an opportunity to decide how they wanted to live further… We know the results of the referendum and we [Russia] did what we had to do,' the president said.

The United States and the European Union strongly criticized Putin's insight on the events that took place before the referendum on Crimean reunification with Russia in the film.

Maja Kocijancic, spokesperson for the EU's foreign policy chief Federica Mogherini, said the European Union is aware of the documentary's release and reiterates its condemnation of Crimea's reunion with Russia.

Jen Psaki, the US Department of State spokesperson, said earlier on Tuesday that the film was consistent with Russia's "deceitful approach" in eastern Ukraine. However, when a journalist asked her to explain what she meant, Psaki answered that she had not actually seen the movie.

Crimea and Sevastopol became Russian regions, following a referendum held last March, when 96 percent of voters backed seceding from Ukraine and reuniting with Russia. Despite this, Kiev authorities and Western states have branded the move an "illegal annexation."