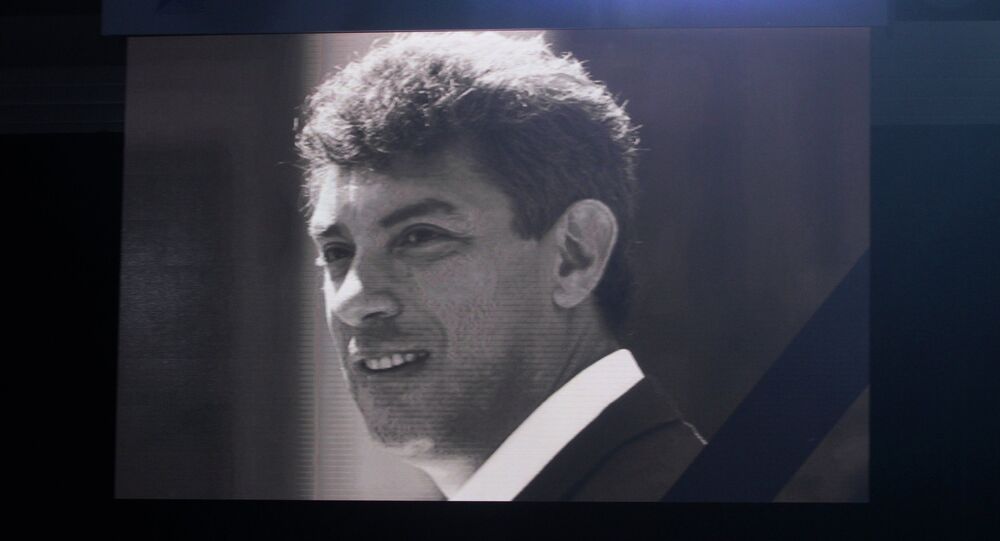 All five people suspected of involvement in the murder of Boris Nemtsov were arrested Sunday.

"The measure of restraint with respect to Ramzan Bakhayev, Tamerlan Eskerkhanov and Shagit Gubashev is remand in custody," the judge ruled.

The fifth and the only suspect to plead guilty, Zaur Dadayev, was also arrested.

Addressing the court earlier, Eskerkhanov claimed to have an alibi that absolved him of Nemtsov's murder. He, along with Bakhayev and brothers Anzor and Shagit Gubashev, entered a not guilty plea.

© Fotolia / bilderstoeckchen
Russia's Most Notorious Hitman Claims Nemtsov's Killers Were Amateurs
The investigators, however, said witness testimony and other evidence pointed to their involvement in the crime. They called for the suspects' arrest amid fears the men could evade the investigation with the help of possible unidentified accomplices.

On Saturday, the Investigative Committee said the detained individuals were involved in organizing and executing the fatal shooting on the night of February 27 in central Moscow.

Nemtsov, 55, served as Russia's deputy prime minister in the late 1990s. Investigators said earlier they were examining contract killing and business-related disputes among other possible motives for the murder.