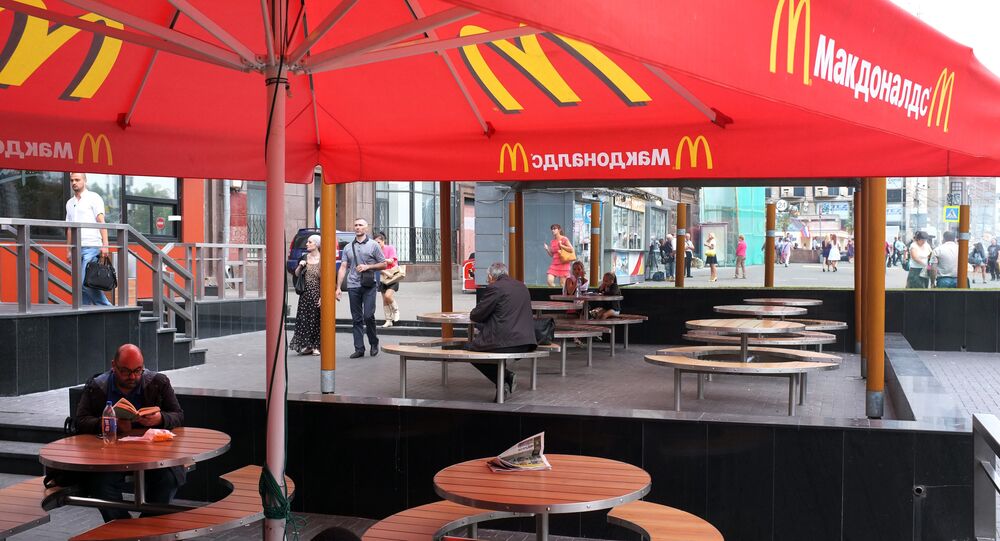 A senior Russian lawmaker has started a debate in the country's political circles by insisting that Russia should ban McDonald's and Coke in response to the extension of US sanctions.

On Thursday, Alexei Pushkov, head of the foreign-affairs committee in the State Duma known for his interesting and often provocative commentary on Twitter, tweeted that "perhaps McDonald’s and Coca-Cola would like to support Obama’s sanctions, and rid us of their products? They would [thus] be true to their principles, and we would be healthier."

Pushkov made his comments in response to confirmation that the US would extend its sanctions against Russia for another year over the crisis in Ukraine.

Gennadi Onischchenko, a medical doctor serving as Russia's Chief Sanitary Inspector, stepped out in favor of Pushkov's line of thought, telling the radio station RSN that "the aggressive marketing [these companies] carry out — which has nothing in common with our culinary traditions — is comparable to a war against our people." Onischchenko has been known for speaking his mind against US fast food and soft drink companies in the past, once saying that Coke and Pepsi are "chemical weapons," and lamenting that "our children already drink more Coca-Cola than milk."

Others jumped to defend the embattled American companies. Former Finance Minister Alexei Kudrin responded to Pushkov's Twitter commentary by noting that "Coca Cola purchases over 75 percent of its ingredients and supplies in Russia. [Closing the company would] leave tens of thousands of Russians without work –this would be a great anti-crisis program."

Deputy Chairman of the Federation Council's Committee on Constitutional Legislation Konstantin Dobrynin also stepped out in support of the companies, noting that "apart from the fact that McDonald's is just delicious, it also provides people in our country with work, taxes into the budget and money supporting the economy." Dobrynin noted that given the present economic conditions, Russia must show itself to be "appealing to respectable Western business."

McDonald's, which has 451 locations in 70 cities across Russia, has seen its earnings drop in the country over the last year as a result of declining demand and a falling exchange rate.

© Sputnik / Mikhail Mokrushin
Muscovite Takes McDonalds to Court Over 'Stench' of French Fries
According to a poll conducted last October surveying 1,600 people across 43 Russian regions found that 49 percent of Russians were in favor of closing McDonald's altogether, while 33 percent were against the idea. The company had earlier decided to close its restaurants in Crimea and eastern Ukraine due to sanctions and instability in those regions.
...
Reddit
Google+
Blogger
Pinterest
StumbleUpon
Telegram
WhatsApp
384