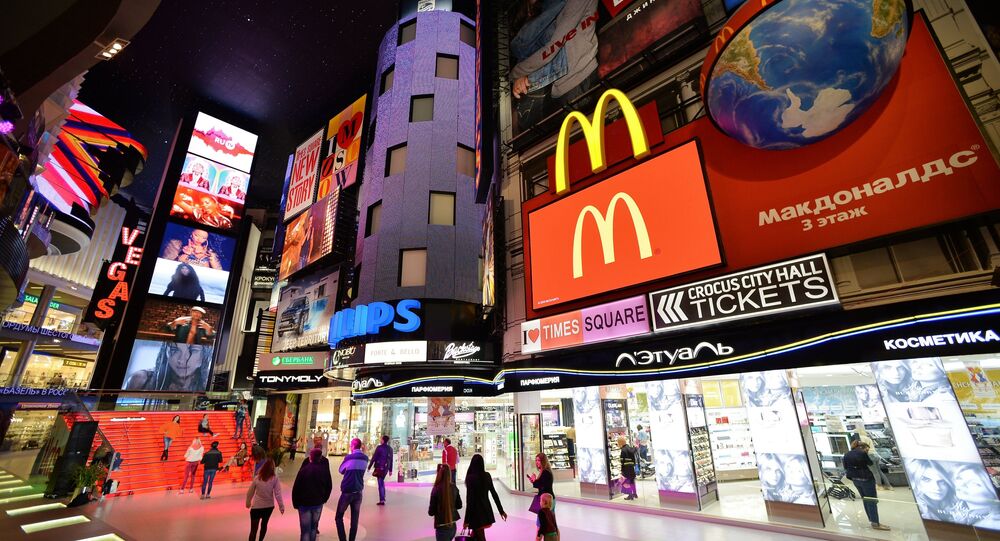 Former Russian Finance Minister Alexei Kudrin claims that McDonald's and Coca Cola get up to 85 percent of their raw materials from Russian enterprises so it is important that the two companies do not leave the country's market to save jobs.

MOSCOW (Sputnik) – McDonald's and Coca Cola get up to 85 percent of their raw materials from Russian enterprises so it is important that the two companies do not leave the country's market, despite growing health concerns, former Russian Finance Minister Alexei Kudrin warns.

The former finance minister warned that if the companies leave Russia, "tens of thousands of Russians" would be left without a job.

Head of the foreign-affairs committee of the Russian State Duma (lower house of parliament) Alexei Pushkov said that McDonald's and Coca Cola should leave Russia after US President Barack Obama signed an executive order to continue Ukraine-related sanctions against Russia for one year on Tuesday.

Pushkov claimed that McDonald's and Coca Cola should support the US sanctions regime and free Russians of their products.

McDonald's, which is one of the biggest fast food restaurant chains in the world, has 451 restaurants in Russia, where concerns are growing for the safety of McDonald's products.

Since August Russian consumer protection officials have carried out over 200 safety inspections at various McDonald's premises throughout the country.

According Russian public health watchdog Rospotrebnadzor, numerous breaches of sanitary regulations, including some of the products testing positive for E-coli bacteria, have been found at the burger chain's restaurants.

The watchdog also stated that McDonald's products contain more fat, protein and carbohydrates than are allowed in Russia.

On Thursday, McDonald's announced that it was going to cut the use of antibiotics in its chicken products in an attempt to prevent various bacteria from becoming resistant to drugs.

McDonald's also said that it was going to stop serving milk from cows treated with the rbST artificial growth hormone in the United States.

Coca-Cola to Cut 1,800 Jobs in US, Worldwide in Order to Save Costs