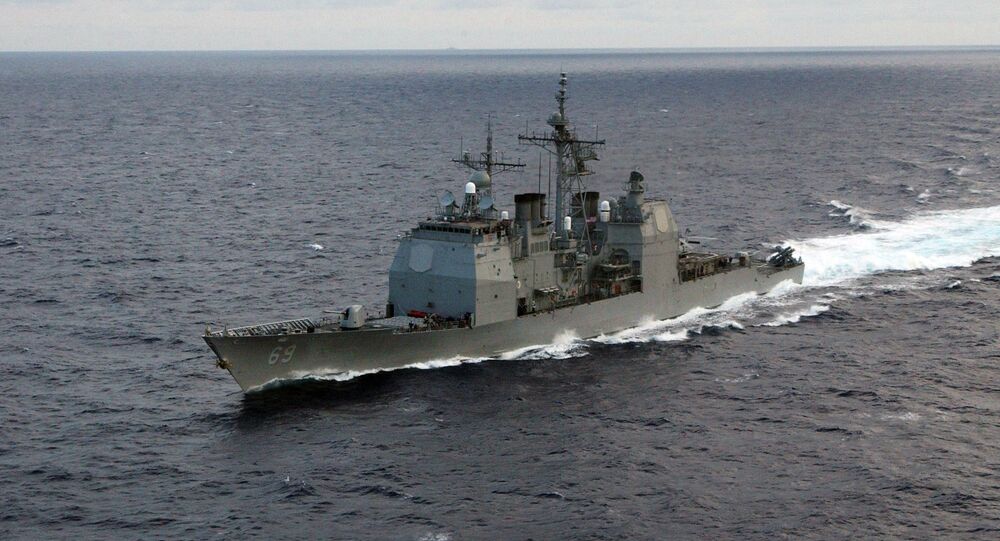 "These ships' crews are doubtlessly conducting exercises in repelling air attacks from our planes, which gives our pilots the opportunity to gain experience in maneuvering and conducting aerial reconnaissance both in the range of anti-air systems and outside their range."

© Sputnik / Vasiliy Batanov
Russian Navy Kicks Off Anti-Cruise Missile Attack Drills in Black Sea
Other than that, the jets are monitoring the movements on the two ships, the USS Vicksburg missile cruiser and the Turkish TCG Turgutreis frigate, which are located in the southwestern part of the Black Sea. On Tuesday, three Su-30 jets and four Su-24 bombers conducted monitoring flights over these ships from the Novofedorovka air base.

"Our pilots are first of all, tracing the headings of the NATO ships and monitoring the assignments they are performing during their sea voyage."