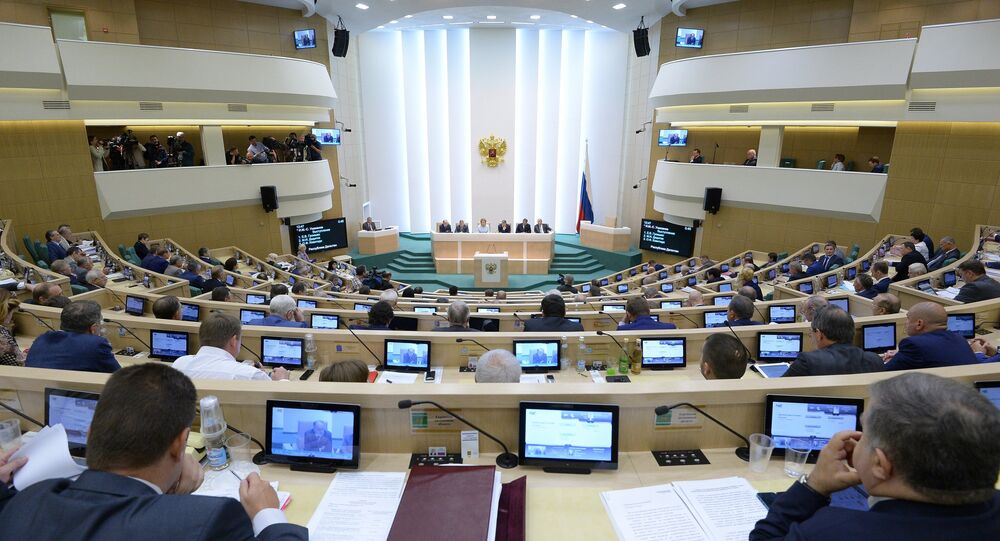 In line with the rest of the government and the lower house of parliament, the Russian Federation Council has stepped out in favor of taking a 10 percent pay cut.

The Federation Council, the upper house of Russia's parliament, has stepped out in favor of cutting its members' pay by 10 percent, Russian media reported on Tuesday, citing Vadim Tulpanov, who chairs the Committee on Rules and Administration.

The cuts will be confirmed at a regular session of the upper house on Wednesday. "After that, we will think of other concrete ways to reduce costs on other items in our budget," Tulpanov noted.

Cuts of another 10 percent will also be made to travel expense accounts, with senators promising to switch from first class flights and train travel to business and economy class. Tulpanov noted that cuts will also be made in the purchase of office equipment, and that the Federation Council will rely on equipment purchased earlier.

The Senate initiative follows news last week that the Duma, Russia's Lower house of parliament, would cut pay and expenses for its members. The initiative has also been supported by the Central Election Commission and the Presidential Administration; each of them is cutting wages by 10 percent. The pay and expenses cuts at the highest levels of power are said to be aimed at setting a positive example amid cuts in the wages of other officials in government, social service agencies, and state companies. Russian Finance Minister Anton Siluanov had earlier pledged to reduce spending by federal ministries and government agencies by 10 percent across the board over the course of 2015.

Duma May Reconsider Primacy of International Law in Russian Constitution