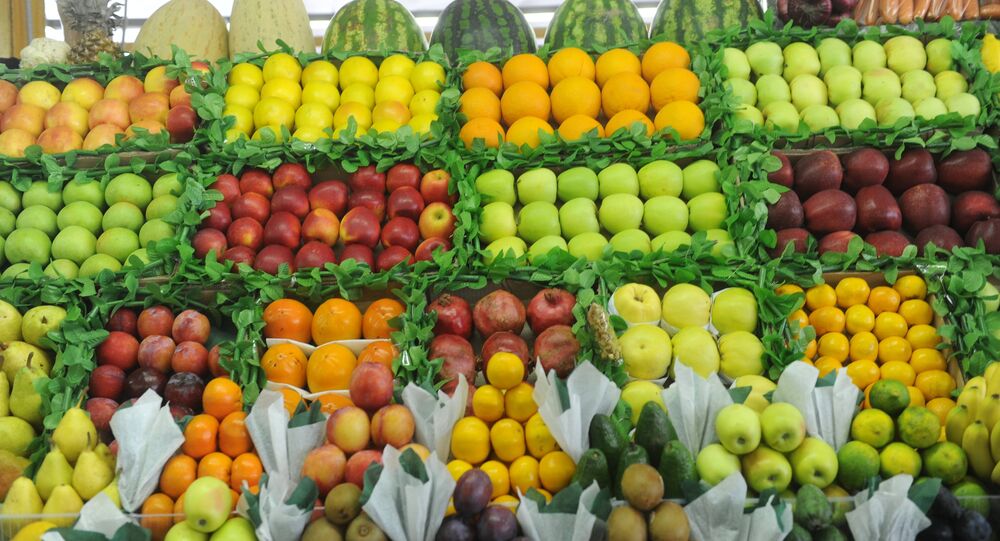 Moscow is looking for ways that may allow Hungarian and Greek companies to enter the Russian market.

"We are now looking for solutions that would allow companies from these countries [Hungary and Greece] to enter the Russian market through the mechanisms of the customer-owned raw materials and tolling,“ Alexei Ulyukayev said at a meeting with Italian businessmen.

Commenting on the appeals made by Greece and Hungary to ease embargo on food products, Ulyukayev said it was possible to find appropriate solutions to the problem that did not contradict the WTO standards.

© Sputnik / Igor Zarembo
Greece Asks Russia to Partially Lift Food Embargo
Russia introduced a year-long food embargo in August 2014, in response to sanctions imposed by the West over Moscow's alleged role in the Ukraine crisis. Russia banned a number of food items from the European Union, the United States, Canada, Australia and Norway.

On Sunday, Kremlin spokesman Dmitry Peskov said that it was not possible to lift sanctions selectively for specific countries under WTO regulations. However, Peskov did not exclude the possibility of non-direct supplies, when imported raw materials were processed in Russia-based facilities backed by foreign investments.

In February, Russian President Vladimir Putin stated on his visit to Hungary that the two countries could cooperate in agriculture despite the restrictions. Greece, for its part, asked Russia to lift the embargo on fruit imports.