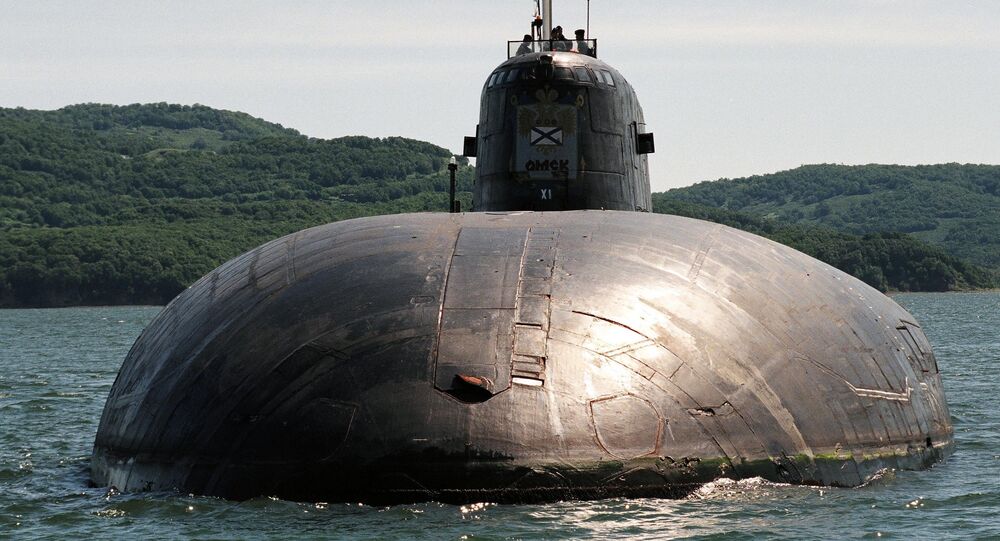 The Russian Navy will receive approximately 50 vessels in 2015.

The Navy’s shipbuilding program has been planned from the current period until 2050. The navy intends to continue building ships capable of carrying out missions across all sea types.

The Navy is continually developing their ocean strategy, aimed at protecting government interests and its economic activity in deferent regions of the world.

“The Navy is able to meet the requirements, with surface ships and nuclear-powered submarines,  to accomplish a range of tasks for the purpose from different remote basing points,” said Chirkov.

© Sputnik / Igor Zarembo
Russian Navy Holds Live Fire Exercise in Mediterranean
According to the Commander, the building of new vessels and submarines will be inseparably linked with warships deployment, as well as crew training. The shipbuilding program stipulates first the development of a nuclear submarine fleet, upgrading missiles and nuclear weapons and producing submarine nuclear-missile systems for strategic purposes.