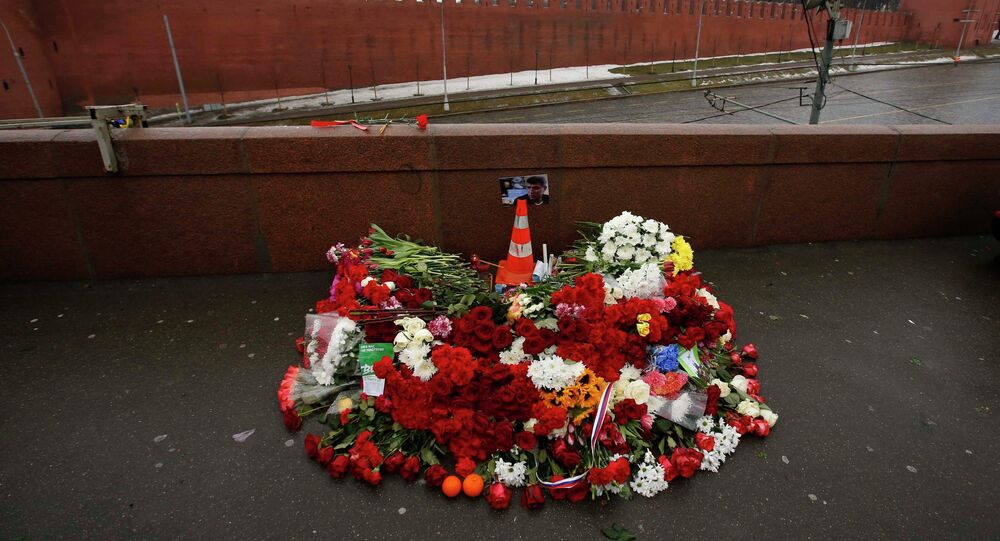 © Sputnik / Sergey Chernyh
Lavrov Critisizes 'Provocative' Attempts to Politicize Nemtsov's Murder
The official denied media reports that some of the surveillance cameras around the Kremlin had been shut off at the time of Boris Nemtsov's murder.

“The cameras were all rolling fine, all footage is readily available to the investigation and no maintenance work was being done at the time,” the official added.

A representative of the Federal Guard Service, which protects the Russian President and other top officials, said, however, that the Bolshoi Moskvoretsky Bridge is not covered by the Service’s CCTV cameras.

“Our cameras are pointed at the Kremlin and the area inside the Kremiln… The Moskvoretsky Bridge is outside our area of responsibility, so we have no cameras out there,” Sergei Devyatov said.

Kommersant newspaper earlier reported that footage from some of the CCTV cameras installed in the area where Boris Nemtsov was gunned down Friday night was missing as the cameras had been turned off for repairs.

The only video of the murder available to investigators and the public comes from an all-weather camera operated by the local TVC channel.

Boris Nemtsov was shot and killed by an unidentified assassin, or assassins, late on Friday as he walked along the Bolshoi Moskvoretsky Bridge with his girlfriend. He died on the spot.