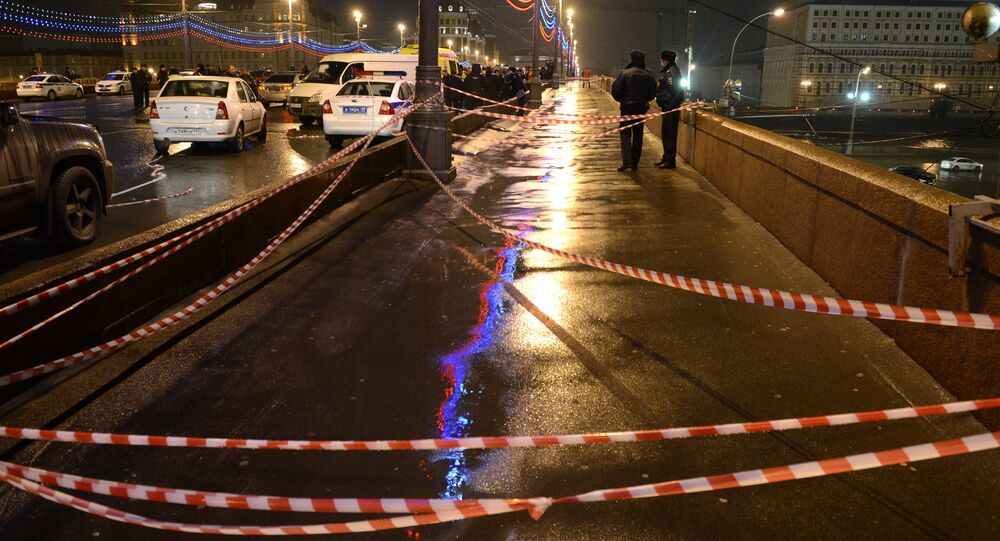 The woman who accompanied Russian politician Nemtsov when he was killed Friday night said she had been able only to notice the color of the car of the killers.

She said that she failed to get a good look at the killer and his car.

“I turned, and the only thing I saw was a light-color vehicle. I was unable to distunguish its maker, model or license plates; the car was moving away.”

© AP Photo / Dmitry Lovetsky
Russian Authorities Pledge $50,000 Reward for Information on Nemtsov’s Murder
Anna Duritskaya said she was unaware of any threats received by the Russian politician prior to his death.

When asked whether Nemtsov received any threats, Anna Duritskaya replied: “None of us did.”

She said she had no idea of who could be behind the murder.

“I don’t know who could do this,” she said in a Dozhd TV broadcast.

“I’ll probably have to have a polygraph test, an investigator told me,” Anna Duritskaya said on Ekho Moskvy radio station.

Highlights of Funeral March in Memory of Boris Nemtsov in Moscow