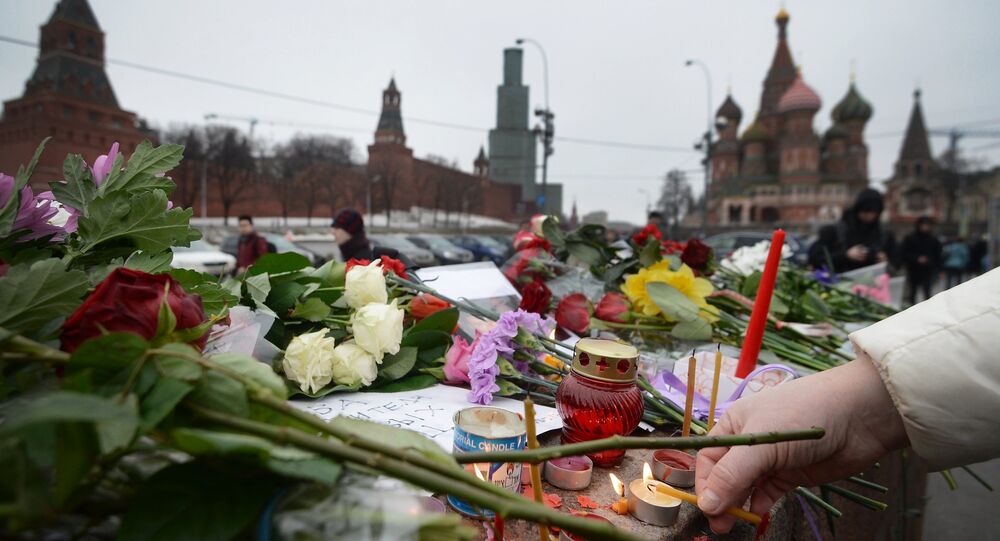 "I hope for a smooth and peaceful demonstration tomorrow in Moscow to honor Nemtsov's memory, where I am certain we will see Russia's President as a sign of his engagement with an independent investigation," Becerra told Sputnik Saturday.

Becerra also called on Russian authorities to ensure an "open, thorough and independent" investigation into the high-profile murder.

© Sputnik / Sergey Chernyh
Nemtsov's Murder May Be Used to Fuel Western Hostility Against Russia
"Russia must ensure the allocation of sufficient means and resources for its successful completion," Becerra said.

Earlier on Saturday, Moscow authorities sanctioned a funeral march in memory of Nemtsov, scheduled to take place on Sunday. The event is expected to gather up to 50,000 people.

Nemtsov, who served as Russian deputy prime minister under the country's former President Boris Yeltsin in the 1990s and later turned into an opposition politician, was killed on Friday night with several shots fired from a passing car in central Moscow.

The Russian Investigative Committee launched an investigation and is considering several versions, including a possible link of Nemtsov's death to the events in Ukraine, his stance on the Charlie Hebdo deadly attack in Paris and politician's business activity.