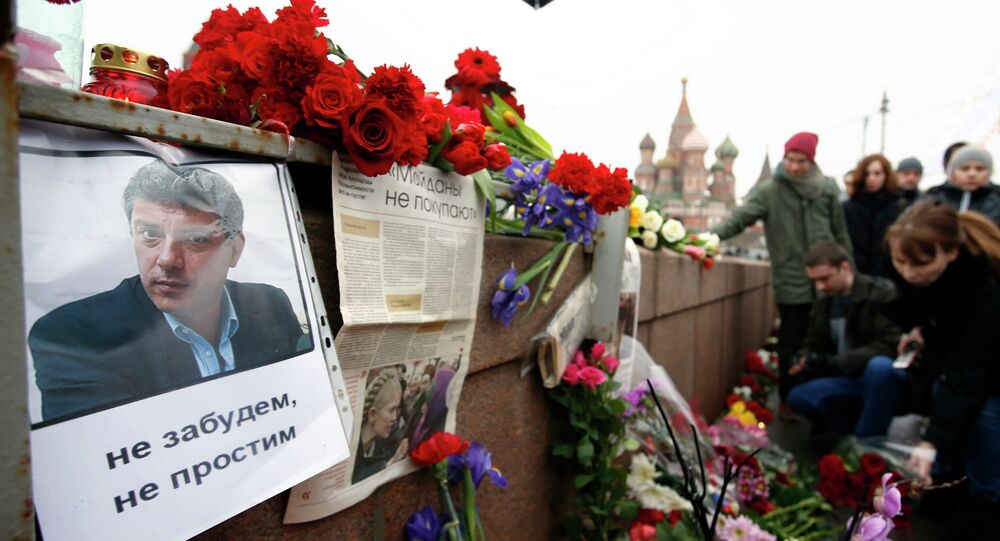 Any political exploitation and speculation in regard to the murder of Boris Nemtsov without knowing the backgrounds should be rejected, a German lawmaker said.

© REUTERS / Sergei Karpukhin
Who Mr. Nemtsov Was and Why He Was Killed
MOSCOW (Sputnik), Daria Chernyshova – A German lawmaker warned against any political speculation in regard to the murder of Russian politician Boris Nemtsov before the results of the inquiry are known.

“Any political exploitation and speculation without knowing the backgrounds should be rejected. The international community should help to uncover and reveal the true backgrounds," Andrej Hunko from the leftist Die Linke party told Sputnik.

Hunko said that the crime seemed to be professionally and politically motivated, but the true reasons are yet to be found.

© Sputnik / Ramil Sitdikov
Putin Pledges to Make Every Effort to Bring Nemtsov's Killers to Justice
“At the moment it is completely unclear, who is responsible and what is the motivation for this murder. I call on the Russian authorities to investigate this crime thoroughly and transparently,” Hunko said.

Boris Nemtsov, who served as Russian deputy prime minister and energy minister in the 1990s and later turned into an opposition politician, was shot dead on Friday night as he was walking in central Moscow.

The murder triggered a wide international reaction, with the world leaders calling for impartial and prompt investigation.

Russian investigators said that murder may have possible links to current events in Ukraine, Nemtsov's business activity and his stance on the Charlie Hebdo attack in Paris.