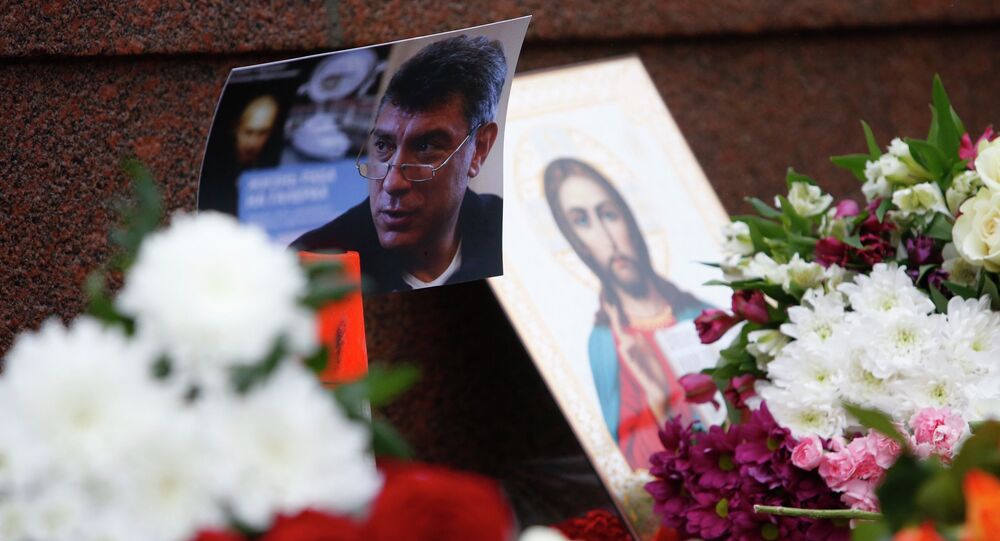 © REUTERS / Sergei Karpukhin
World Leaders Deplore Boris Nemtsov’s Murder
There has been no shortage of theories on who is behind the killing of well-known Russian politician Boris Nemtsov, fatally shot late on Friday in Moscow, as tributes and condolences pour in for the man, considered a likely presidential candidate in 1999 but who had stepped away from mainstream politics recently and was not involved in any major campaigns.

Investigators are considering all possible versions of the tragedy that took place at 11:40 p.m. in the Russian capital. Nemtsov's business activity, personal animosity and a provocation have been named as the chief possible motives for the politician's murder. Investigators also check threats Nemtsov received over his stance on the Charlie Hebdo attack in Paris. The murder could also allegedly be linked to the Ukrainian conflict.

The brutal murder could likely be a contract street killing, Russian President Vladimir Putin said, referring to what happened as a provocation. A representative of the Russian Investigative Committee told journalists that investigators consider this scenario, a rare occurrence in Russia in over a decade.

© Sputnik / Grigoriy Sysoev
Boris Nemtsov’s Killers Tried to Destabilize Russia – Gorbachev
According to Russia's Ministry of Internal Affairs, the investigators have interrogated witnesses, including Ukrainian model Anna Duritskaya, 23, who was with Nemtsov when he was killed. She was not harmed in the shooting after seven or eight shots were fired at Nemtsov from a passing car, with four hitting the man's back.

Moscow police are engaged in an active search for the unidentified shooter or shooters and a white Ford they allegedly were in at the time of the incident.

Nemtsov became increasingly popular in the 1990s, when he served as the governor of the Nizhny Novgorod Region and then as an energy minister and a deputy prime minister in the Russian government under President Boris Yeltsin. At some point he was even considered Yeltsin’s protégé and his likely successor. His popularity waned since then. Many Russians see Nemtsov as representing an era of painful reforms, carried out in the 1990s.

Nemtsov, critical of Russian President Vladimir Putin, was involved in Russia's fragmented opposition movement. He co-chaired the RPR-PARNAS (Republican Party of Russia – People's Freedom Party) since 2012 and was also one of the leaders of the liberal Solidarnost movement.

In 2013, Nemtsov returned to power, serving as a member of the Yaroslavl Region's parliament. The politician was in no way constrained in his activity after getting elected, Chairman of the Foreign Affairs Committee at Russia's Federal Assembly, Konstantin Kosachev said.