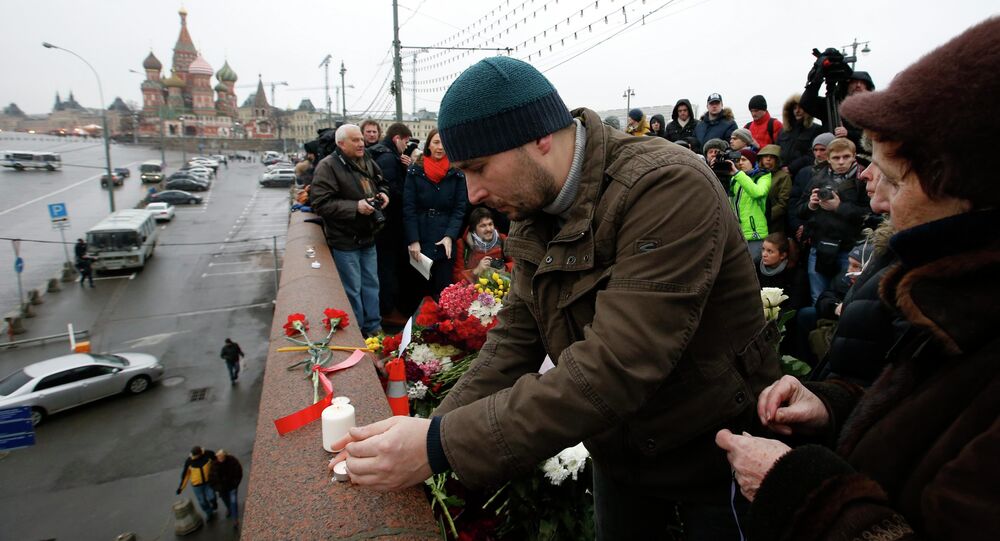 A white car of the alleged killers of Boris Nemtsov was reportedly found in central Moscow. Investigators are examining the vehicle.

Police have found a white LADA Priora car that could be used by the murderers of politician Boris Nemtsov. The vehilce's registration number originates from Russia's southern Republic of Ingushetia. Police are currently examining the car, trying to find fingerprints or biological traces of the killers, REN TV broadcaster says.

Earlier, LifeNews TV channel published a video from a traffic camera on Bolshaya Ordynka Street that shows a white car with possible killers of the political figure. Apparently, the video was taken at 11:39 p.m., two minutes after unknown gunmen fired several shots at Nemtsov from a car when he was walking in central Moscow.

According to LifeNews, after shooting Nemtsov, the killers drove along Bolshaya Ordynka street.

The Russian Investigative Committee has not confirmed finding the car.