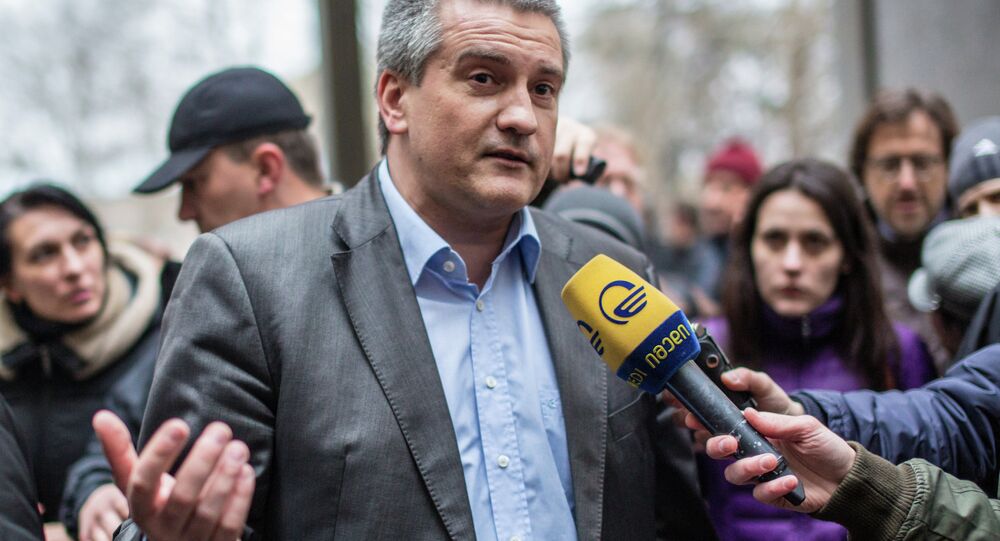 The Republic of Crimea has successfully completed the process of nationalizing a number of enterprises that formerly belonged to Ukraine.

MOSCOW (Sputnik) — The process of nationalizing a number of enterprises in the Republic of Crimea is complete, the republic's Prime Minister Sergei Aksyonov said Friday.

© Sputnik / Evgeny Kotenko
Pro-Kiev Commander: 'We Will Burn Down Crimea, With All Its Residents'
"We are completing the process of nationalization today," Aksyonov said during the republic's parliament session.

Crimea seceded from Ukraine and voted to reunify with Russia in March 2014.

The nationalization concerned state property that formerly belonged to Ukraine and abandoned property on the territory of the republic.

© Flickr / orphanjones
US Should Ease Sanctions on Crimea’s IT Industry - Digital Watchdog Group
The DTEK Krymenergo electricity company was also nationalized, with the company providing electricity to Crimea residents across an area of 27,000 square kilometers (some 10,500 square miles).

The Crimean branch of the Ukrainian telecommunications company Ukrtelecom also underwent nationalization, as well as the Crimean assets of Ukrainian mobile carrier Kyivstar.

Crimea also nationalized the Yalta film studio that was one of the most prolific film studios in the Soviet Union.

The Crimean State Council has prohibited any nationalization after March 1.

Václav Klaus Says Crimea Did Not Belong to Ukraine