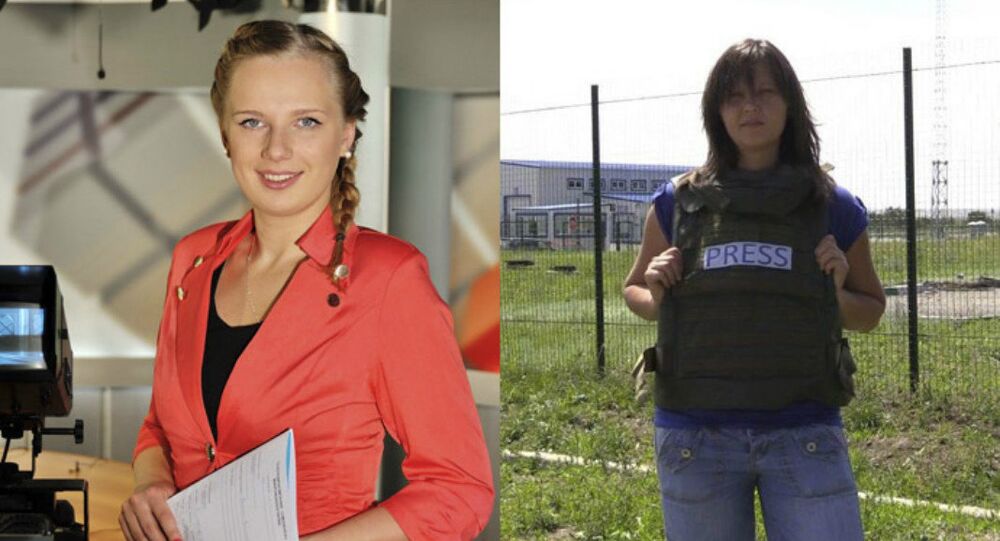 © Flickr / Giampaolo Squarcina
EU Condemns Attacks on Journalists in Eastern Ukraine
Earlier in the day, three Russian journalists were detained in Kiev by Ukraine's Security Service (SBU) while providing news coverage of a march staged by ultra-nationalists on the streets of the Ukrainian capital.

The Russian Foreign Ministry described the detention as a provocative act and said it was a blatant violation of international commitments by Ukraine.

An EU official said in a statement obtained by RIA Novosti Wednesday that the European Union has condemned the attacks against journalists in eastern Ukraine (Donbas) and has warned against imposing unjustified limitations on the media.

The freedom of media in Ukraine has been repeatedly violated since the military confrontation between Kiev forces and independence supporters erupted in the country's southeast last spring. According to the Organization for Security and Co-operation in Europe (OSCE), a number of international journalists have been kidnapped, tortured or killed in Ukraine since mid-April, 2014.

Russian journalists have been targeted most frequently in Ukraine, with the Ukrainian Security Service (SBU) having recommended stripping 115 Russian news outlets of accreditation in government agencies last week.