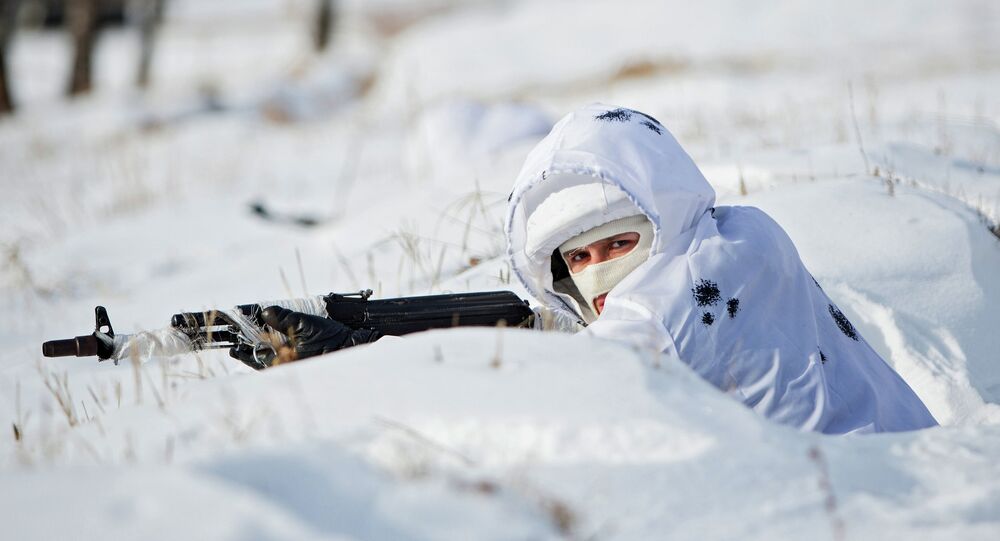 Russia Ready to Defend Its Interests in Arctic With Military Means

Russian Defense Minister Sergei Shoigu stated that permanent military presence in the Arctic and the possibility of protecting national interests in the region with military means are considered as part of Russian national security policy.

© Sputnik / Alexey Filippov
Russian Marines to Prepare for Arctic Warfare in 2015: Northern Fleet
MOSCOW (Sputnik) — Russia does not rule out the possibility of protecting its national interests in the Arctic with military means as the region becomes the focus of attention from various countries, including those that do not have direct access to the Arctic Circle, Russia’s defense minister said Wednesday.

"Some developed countries that do not have direct access to the Arctic Circle are taking certain political and military steps to gain such access," Sergei Shoigu said at a meeting with senior military commanders in Moscow.

Therefore, Russia considers its permanent military presence in the Arctic and the possibility of protecting national interests in the region with military means as part of its national security policy, the minister added.

© Sputnik / Lev Polikashin
Russia to Reconstruct 10 Military Airfields in Arctic by Year's End: Defense Ministry
Shoigu noted that a military contingent deployed on the Chukotka Peninsula in Russia's Extreme North is being strengthened to ensure the protection of the vital Northern Sea Route and the prompt response to potential threats in the Arctic.

The Arctic region has long been the subject of international attention for its national resources and shipping potential, with ice loss enabling further exploration of petroleum reserves and opening new and shorter shipping routes.

The five Arctic coastal states, namely Russia, Canada, Norway, the United States through Alaska, and Denmark through Greenland, are limited to their exclusive economic zones of 200 nautical miles.

Russia’s revised military doctrine, signed by President Vladimir Putin in December 2014, for the first time ever named the protection of national interests in the Arctic among the main priorities for its armed forces in times of peace.

Russian Marines to Prepare for Arctic Warfare in 2015: Northern Fleet