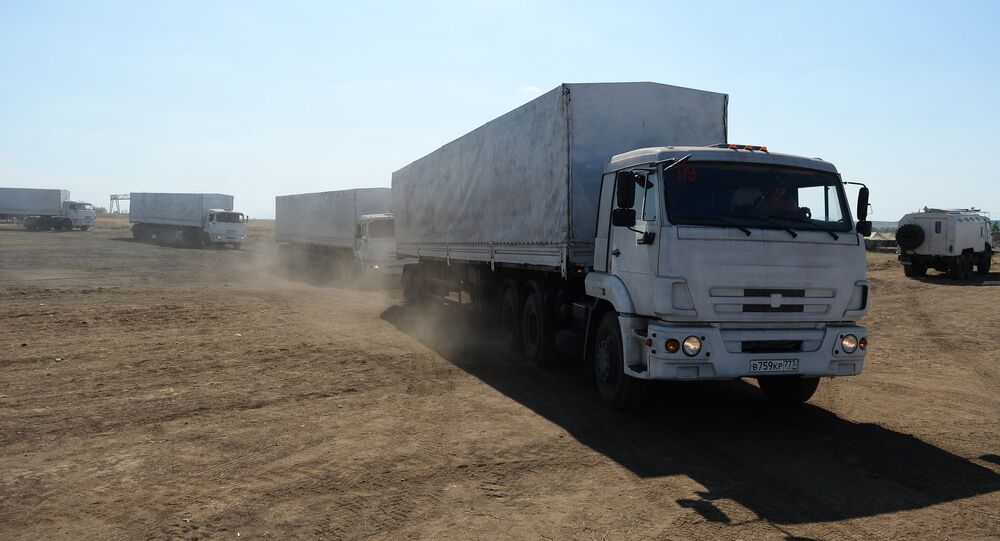 Cognitive Technologies, a Russian software company, is creating a driverless autopilot for trucks which does not rely on perfect road conditions.

© Sputnik / Sergei Pyatakov
Moscow Metro Testing Subway Trains Which Will Run on Autopilot
Russian software company Cognitive Technologies together with truck giant KAMAZ have announced that they are creating a new autopilot system adapted for Russian roads, with early versions coming as soon as 2017.

"All foreign autopilot systems today are developed for perfect road conditions, and this does not give them the ability to participate in real conditions, such as those in Russia and Asia, as well as half of their own roads," President of Cognitive Technologies Olga Uskova told Expert Magazine. "This is at least seven-eighths of the global market. Scientifically speaking, this approach threw them back three or four years compared to us."

The new autopilot will debut as an optional feature called Driver Assistant on KAMAZ trucks as soon as 2017. The system will warn drivers if they are not obeying posted road signs or dangerous road conditions. However, the actual autopilot, expected to enter production in 2019 and appear on the open road a soon as 2022 will also be able to identify pedestrians.

"Currently our algorithm can only identify about 85 percent of pedestrians, which is not enough for common roads. The goal is 99 percent, which we have achieved for road and road sign identification," Uskova told the publication.

A public test of the autopilot is expected in June, although the company has already tested driverless trucks on public roads in rural areas. The government of Tatarstan, where KAMAZ is located has expressed interest in the project and has promised to help with testing.