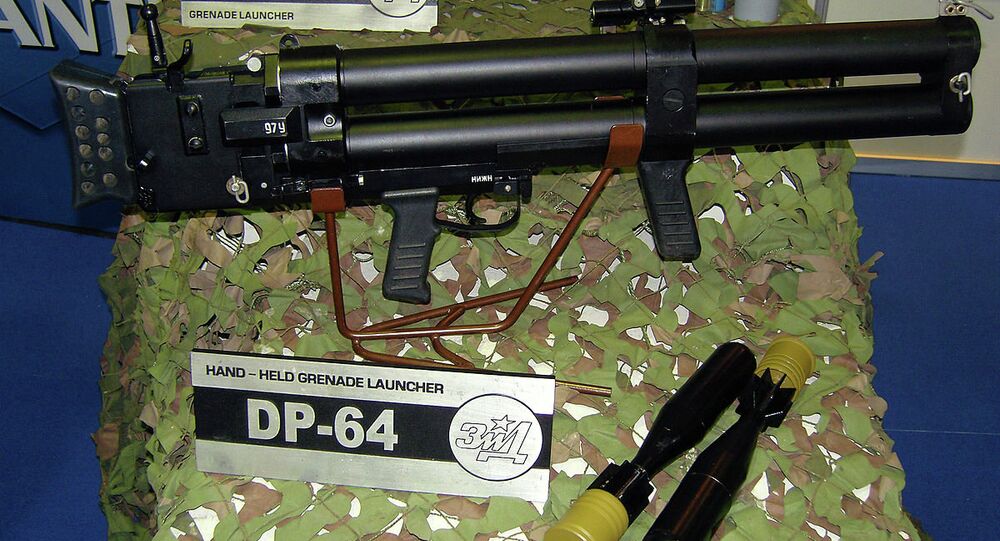 The DP-64 double-barrel grenade launcher penetrates and destroys submerged targets from as far as 400 meters away, and is designed to protect oil rigs from enemy frogmen.

"The DP-64 is currently in mass production. In 2014 we got a sizable order from the Ministry of Defense, I can't disclose its exact volume and what units it will be supplied to, but it's for the Navy," Sidorov, the company's representative at the IDEX 2015 international defense expo in Abu Dhabi, UAE, told the agency.

© Photo : JSC "Rosoboronexport" press service
Russia’s State Arms Exporter Sells Abroad Weapons Worth $13Bln in 2014
Previously, the DP-64 grenade launcher, which is capable of firing at underwater targets, was only made in small batches for ship-based naval infantry, some units of the Federal Protective Service and the Russian Coast Guard, which is part of the FSB's border guard service.