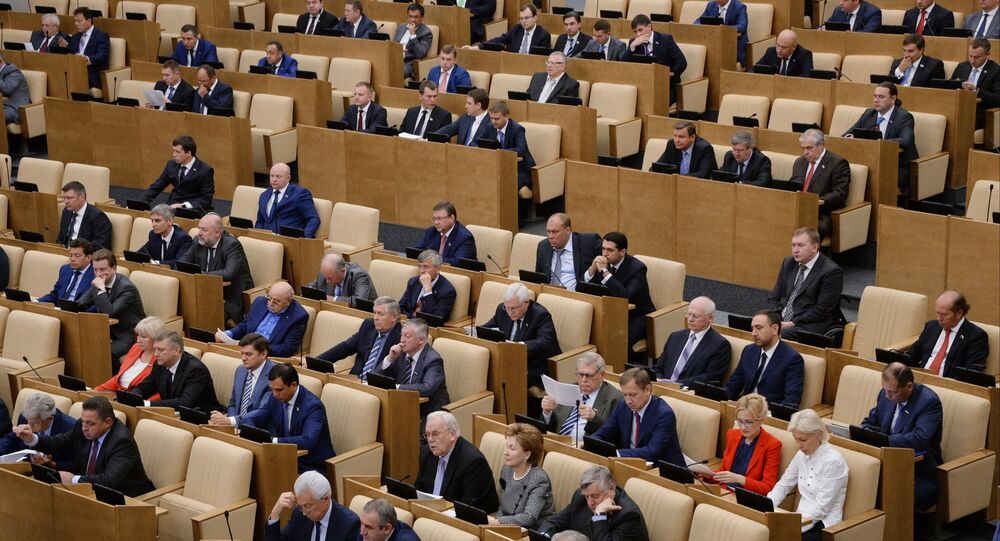 “We need to correct the budget, including the correction of expenditures in the State Duma. I’ve asked all four [political] parties in the State Duma to discuss the issue of a possible cut in wages for the deputies,” Naryshkin said.

Lawmakers’ salaries are set by a presidential decree.

“If all of the parties give a positive response to my proposal, then we’ll turn to the president with the proposal,” Naryshkin said.

© Sputnik / Vladimir Fedorenko
Russian Duma Approves 2015 Budget, No Social Spending Cuts Projected
Russian economy has been suffering a slowdown caused mainly by the rapid decrease in oil prices, on which the Russian budget is heavily dependent. Western economic sanctions imposed on Moscow over the situation in Ukraine also hit several key sectors of the economy.

The ruble has lost about half its value against the dollar since the summer of 2014.

In January, the Russian government unveiled an anti-crisis plan set to stabilize the country's economy by 2017. The plan stipulates 10-percent spending cuts in most categories of the 2015 budget.

An additional plan, defining priority programs that will be the first to receive federal funding is expected to be presented by the end of February.