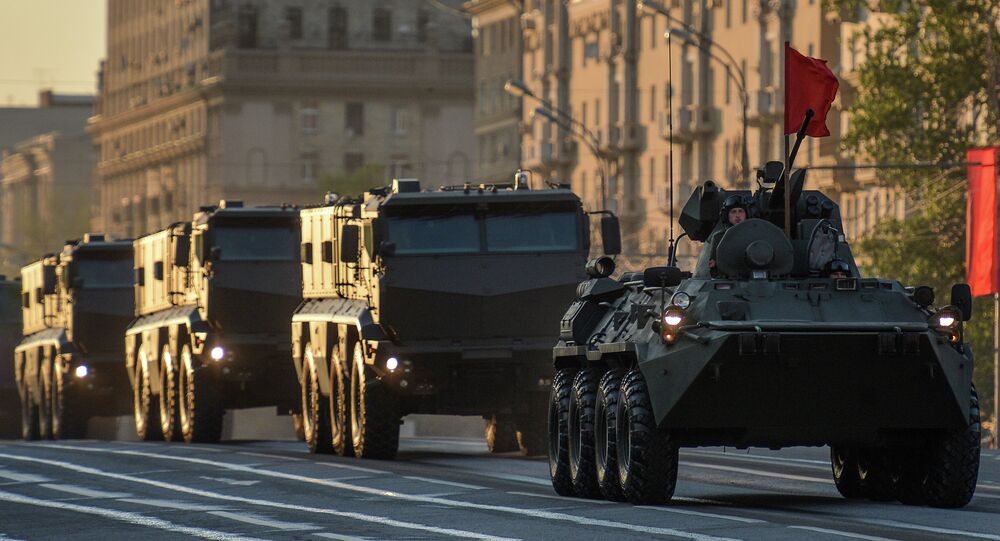 Russia will present only the most advanced military hardware at the Victory Day Parade on Moscow's Red Square, according to Deputy Prime Minister Dmitry Rogozin.

© REUTERS / Ints Kalnins
Ankara Discussing Possibility of Erdogan's Visit to Moscow for Victory Day
Russia will present only the most advanced military equipment at the May 9 Victory Day Parade on Moscow's Red Square, according to Deputy Prime Minister Dmitry Rogozin, the Russian media reported.

"We will show only the most sophisticated military hardware on Red Square on May 9. We will, for the first time, present the military equipment that is already being delivered to the Russian Army," Rogozin told WWII veterans during a meeting at the State Museum of Weapons in the Russian city of Tula on Monday.

Rogozin expressed confidence that all those working in the country's defense industry will redouble their efforts amid the complicated situation in eastern Ukraine.

"Today we have the enemy standing at out gate, with a fratricidal civil war continuing a few hundred kilometers from the Russian cities of Tula, Voronezh and Kursk. People are killed just because they want to speak in Russian, to study in Russian and to belong to the Russian world," Rogozin said.

The 2015 Victory Day Parade is due to take place in Red Square on May 9 to commemorate the 70th anniversary of the capitulation of Nazi Germany in 1945, which formally ended hostilities in the Second World War in Europe.