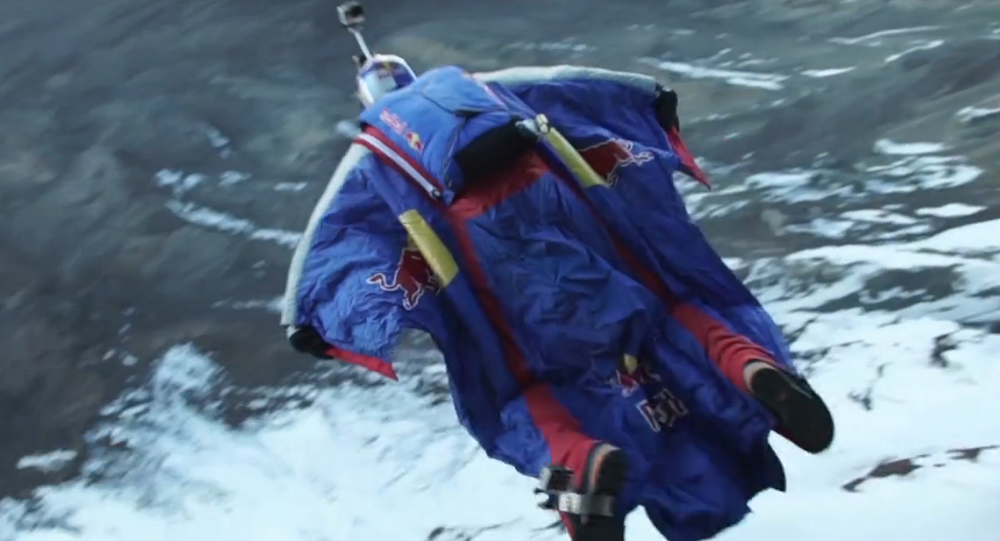 A 50-year-old Russian extreme mountaineer has made history once again.

Valery Rozov is just back from Tanzania, after completing the world's first BASE jump from the African continent’s highest point, 5,460 meters above sea level: Uhuru point on Mount Kilimanjaro.

“I prepared for this jump for one year,” he said shortly after taking off. “So it's a special feeling when you're successful, as you can imagine. I'm very excited to have made it.”

Thomas Senf/Red Bull Content Pool
No one had ever jumped off that point before, until the unique athlete planned his adventure.

Following his successful flight, Rozov elaborated on the planning of his event with the Red Bull team.

"The main problem in searching for the ideal jumping spot was that the wall was not vertical," Rozov told Red Bull TV. "We spent a whole day looking for it. After missing the opportunity to jump, we spent the night in the crater of Kilimanjaro at 5,750 meters. The next day, it was too windy and cloudy, so we managed to jump only on the third day of our staying on the summit."

In 2013, the Russian legend set a world record with a BASE jump from a point on Mount Everest 7,220 meters above sea level.

He had prepared more than two years for that jump.