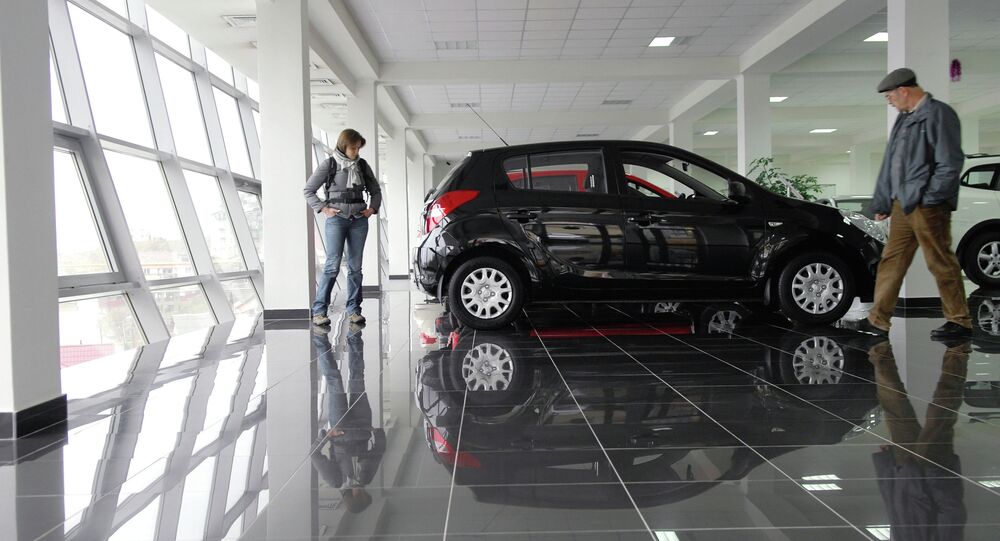 The Russian automobile market, hit by an almost 25 percent fall in year-on-year sales for January, is to be offered government help in the form of financial support for vehicle leasing.

© Sputnik / Grigory Sysoev
Porsche Races Ahead in Russian Car Market
The Russian Ministry for Trade and Industry has announced it is formulating a plan to bolster the flagging market in car sales in the form of support for car leasing, in an effort to pick up a market which shrank by almost 25 percent in January, on an annual basis.

"Now together with car dealers we are actively formulating a program of support for operational and financial leasing," Minister Denis Manturov told the media on Tuesday, Gazeta.ru reports. "In the next few days we will be ready with such a program, and will present such an initiative to the government."

Last month the Association of Russian Automobile Dealers [ROAD] addressed a letter to Russian Prime Minister Dmitry Medvedev, asking for the government to support the car industry in the form of subsidies for car credit, which it said should be no higher than 15 percent in order to ensure stable demand. Currently, according to the letter, a copy of which was seen by RBK News, the average interest rate on credit from banks is around 23 percent.

Such a move would signal a return to the policy followed in 2013, when the government subsidized 75 percent of the then eight percent rate of interest for buyers of cars produced in Russia. In January's letter ROAD pointed out that that program cost 8.6 billion rubles [$137 million], but brought 28 billion rubles [$448 million] into the coffers in taxes.

© Sputnik / Mikhail Mordasov
Car Sales in Russia to Drop by Up to 35% in 2015 - Forecast
However, Trade and Industry Ministry representative Alexander Morozov told RBK that the program does not present a solution in the current circumstances. "In November banks raised their interest rates from 12 percent to 18 percent, in practice canceling out the discount from the government."

The Ministry also announced that support for the industry in the form of a trade-in scheme, according to which prospective buyers trade in their old car and receive a discount on a new model, will continue in 2015.   An amount of 10 billion rubles [$160 million] is earmarked for the scheme in the first half of 2015, a figure which could rise to 20 billion [$320 million] over the course of the year. In 2014, 12,9 billion rubles [$206 million] was spent on the scheme, which was first rolled out in 2010.

The Vice-President of ROAD Andrey Petrenko told Gazeta.ru that according to the plans currently being discussed on leasing, a leasing company would buy the car from the dealer, with the client then paying the leasing company one fee which would also include the costs of servicing, insurance and repairs on the car. At the end of the contract, the customer can change the car for a new one.

Dmitry Timofeev, from car leasing company 'Control Leasing' told Expert.ru last year that leasing could present a shot in the arm for the industry, but needs "a shift in mindset of the customer from that of ownership, to that of consumption. People need to move to the kind of lifestyle where they change their car every two or three years, and in this case leasing is an ideal financial instrument."

On February 9 the Association of European Businesses released January figures for car sales on the Russian market, according to which 115,390 new passenger cars and light commercial vehicles were sold, a decrease of 24.4 percent compared with January 2014. ROAD warns that without additional government support the market in 2015 will shrink 28-30 percent, and according to its calculations lead to a 0.5 percent fall in GDP and 30-35 percent of dealers going out of business.