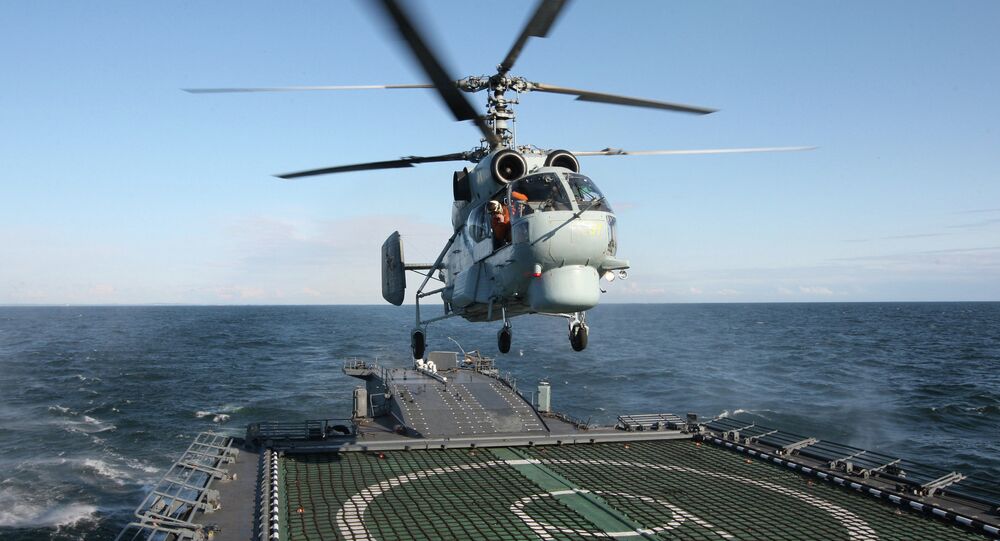 Ka-27 crews of the Northern Fleet practiced anti-submarine warfare in the Barents Sea, as the navy takes advantage of the polar night to practice nighttime maneuvers.

"Crews of helicopter squadrons at the Northern Fleet's naval aviation base conducted training flights in which they practiced searching for and monitoring submarine activity," Serga said.

He added that during the training flights, anti-submarine helicopter crews practiced a series of procedures involving visual, radar and magnetometric searches using onboard radar and sonar equipment.

© Sputnik / Vitaliy Ankov
Ka-52 Attack Helicopter: Fly Like a Butterfly, Sting Like an Alligator
9
It is crucial for helicopter pilots to train for night flights in the winter, as the polar area where the exercised takes place is subject to the midnight sun effect during the summer. The issue is considered one of the most pressing when it comes to preparing naval carrier-based aircraft.

The Kamov Ka-27 is a multirole helicopter initially developed for transport purposes and anti-submarine warfare. Other than their military capabilities, they have been noted for their civilian purposes and exported as firefighting aircraft to Portugal and South Korea.