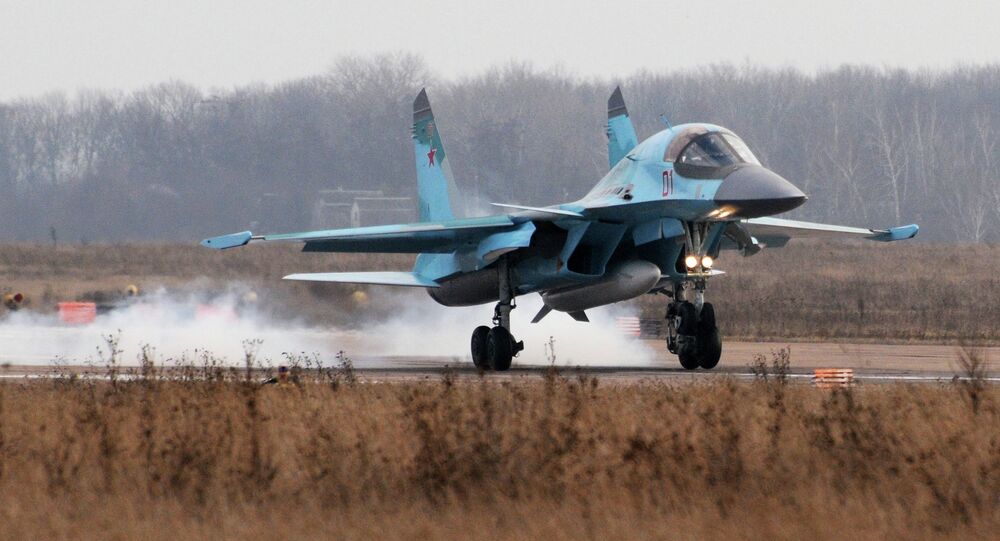 Over 50 fighter jet pilots are taking part in the exercises, which will culminate with the Ladoga-2015 exercise over Lake Ladoga, east of the outskirts of St. Petersburg.

© Photo : JSC Sukhoi Company
Russian Army to Receive Sukhoi Su-35S Fighter Jet in 2015
Over 50 Russian fighter jets will shoot live ammunition and launch guided missiles in combat environments as part of planned exercises that began on Tuesday in the northwest of the country, the head of the Western Military District's press service, Colonel Oleg Kochetkov announced.

© Sputnik / Ramil Sitdikov
75 Years of Excellence: Celebrating the Foundation of MiG Design Bureau
7
He also noted that one of the main stages of the exercises will be the "Ladoga-2015" exercise, which will take place over Lake Ladoga, east of the outskirts St. Petersburg.

The planned exercises will take place until the end of the week. Over 50 fighter jet pilots will practice finding and destroying aerial targets, electronic launches of rockets and cooperation during any time of day.