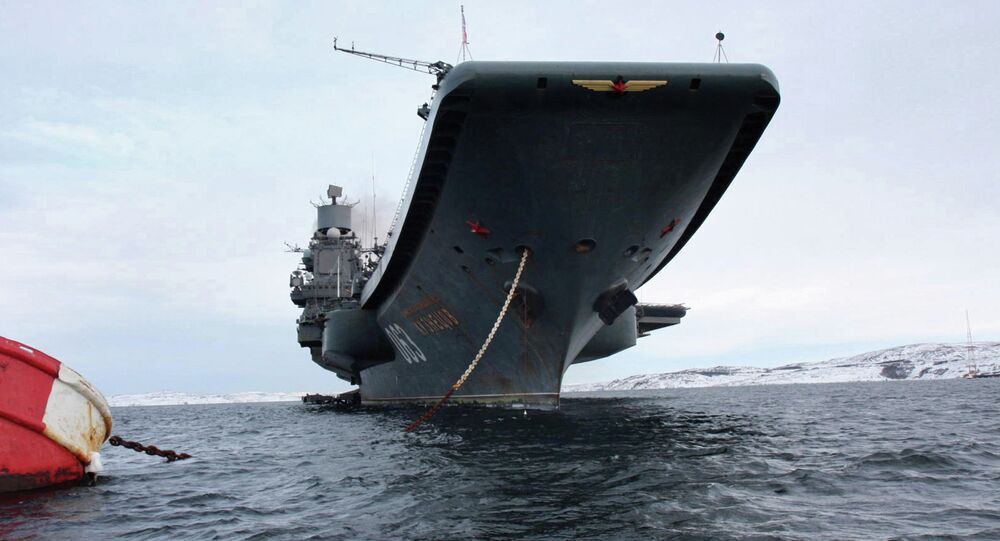 The construction of a flagship air carrier for the Russian Navy may be finalized before 2025, a Russian Navy spokesman said.

"It will take up to ten years to wrap up the construction of the flagship carrier, which will include a whole system of state tests," Kozhin said.

He added that the aircraft-related research work is now under way and that several projects related to the vessel's construction are already on the table.

Earlier, the Russian Navy's Deputy Commander on Armament Victor Bursuk said that the new aircraft carrier would be built after 2030.

Right now, Sevmash workers are dealing with the overhaul and modernization of a heavy nuclear missile cruiser, the Admiral Nakhimov, the cruiser Peter the Great and the aircraft carrier Admiral Kuznetsov.