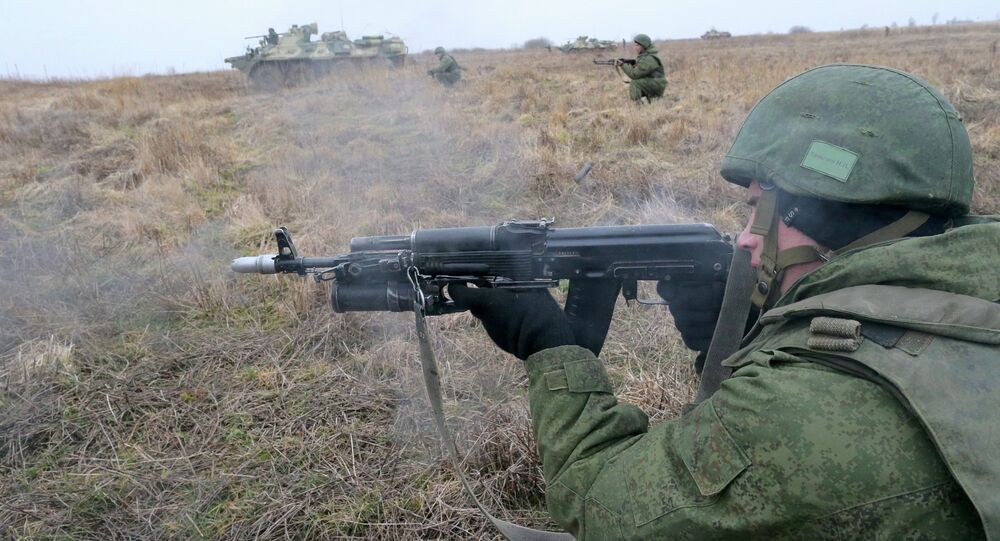 Taking part in the drills are more than 600 soldiers from a coastal guard brigade that was formed in Crimea in 2014.

The drills are taking place at the Angara shooting range located in Crimea's mountainous region.

"Despite the fact that this training facility has not been used for a long time, local workers managed to quickly prepare it for the military exercises," Black Sea Fleet spokesman Vyacheslav Trukhachev said.

He added that the troops under the command of Colonel Sergei Storozhenko have already carried out firing drills and tactical company exercises   at the Angara shooting range.

Trukhachev also said that at least 50 units of military hardware are involved in the drills, and that most of this equipment has recently been put into service by the brigade.