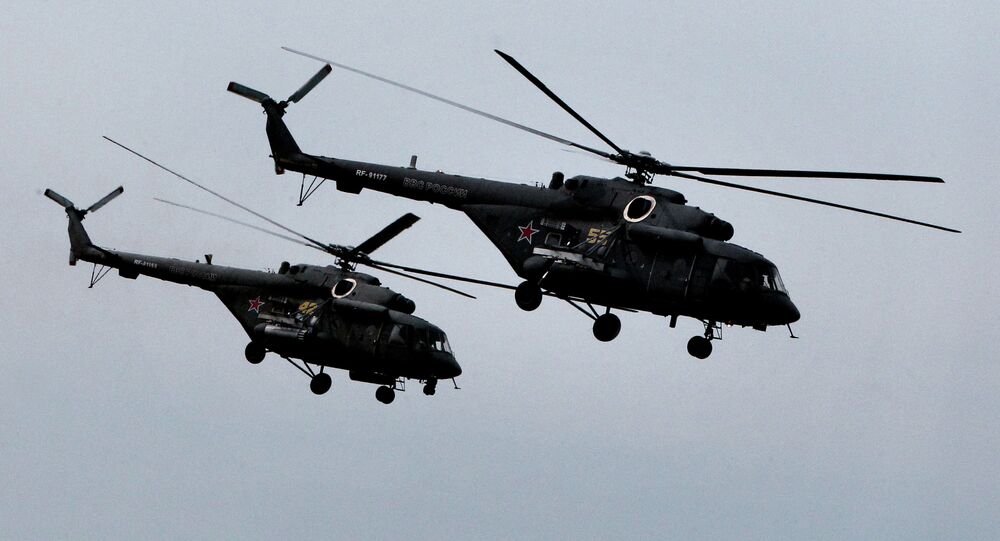 Mi-8 AMTSh "Terminator" and Mi-26 helicopter crews at the Khabarovsk army aviation base began multi-day exercises to test their survival skills in the harsh Siberian winter.

"During the special training, each crew of the air base, instructed by the head of the airborne search and rescue service, will test itself in the extreme conditions of the Far Eastern winter," Gordeyev said.

According to Gordeyev, crew members will be forced to leave their helicopters in a simulated crash landing scenario in an uninhabited area. From there they will have to move to a point assigned by the commander, build a fire and equip the area for possible night lodging using parachutes and improvised materials.

© Sputnik / Vitaliy Ankov
Ka-52 Attack Helicopter: Fly Like a Butterfly, Sting Like an Alligator
9
From there, crews will have to find and mark a landing zone for a helicopter, practice giving emergency first aid and figure out food and water supplies before search and rescue crew arrive.

The Khabarovsk Army Aviation base was named the best base in the Russian Armed Forces in 2014. Its crews conduct combat training not only in mainland Russia, but also in the Arctic and Russia's Pacific Islands.

The Mi-8AMTSh "Terminator" helicopter is an armored assault modification of the Mi-8 transport helicopter. Its main role is to carry cargo and troops and support them with firepower. For this task, it is equipped with Shturm-V or Ataka-V anti-tank guided missiles, Igla air-to-air missiles and two 7.62 mm machine guns. The helicopter can carry 36 troops or 4,000 kg of payload in its cargo compartment in addition to 4,000 of cargo externally.