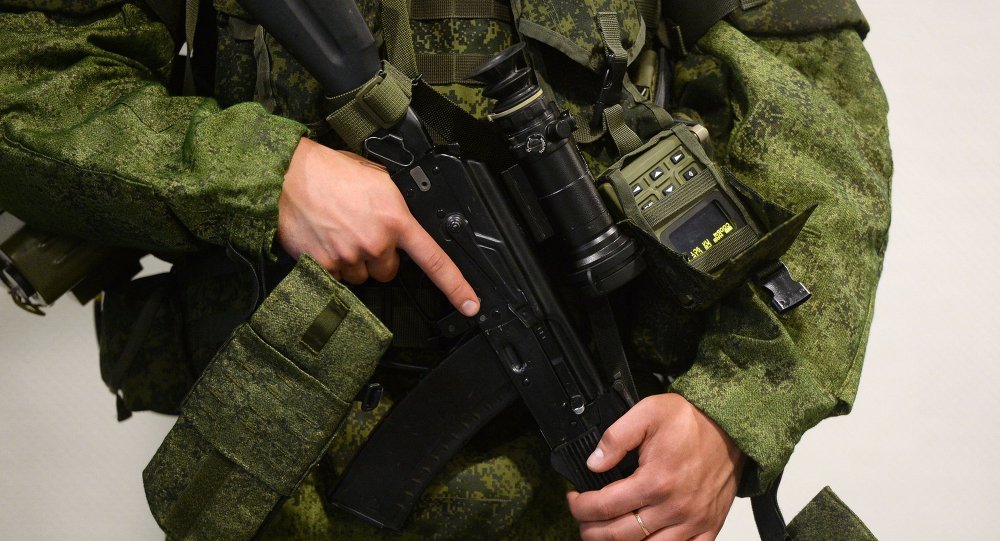 Russia is developing a new generation of assault rifles to replace the tried-and-true Kalashnikov AK-74M for its Ratnik soldier modernization program.

© Sputnik / Alexei Filippov
Next Generation Ratnik Soldier Equipment to be Adopted Into Service by 2015
MOSCOW (Sputnik) — The AK-12 and A-545 will be produced by the Kalashnikov and Degtyarev plants starting this month and will become part of the Ratnik standard issue soldier outfit slated to enter service this coming spring, Izvestiya newspaper reports, citing Defense Ministry sources in Moscow.

Late last month Deputy Defense Minister Yuri Borisov said that the Ratnik “future soldier uniform” would feature the AK-12 rifle, which had initially performed better than its A-971 rival, developed by the Degtyarev plant. The Degtyarev designers made all the necessary amends, resulting in the A-545, which is an updated version of the A-971 and was eventually selected alongside the AK-12 to run the final test scheduled for the end of this year.

The Ratnik combat outfit provides soldiers with all the necessary equipment for survival and successful engagement in combat – ranging from a bullet-proof vest to a water filter, night vision devices, and the latest navigation aids: in all, a total of about 40 pieces of equipment.

The AK-12 is a fifth generation AK-pattern rifle, featuring several ergonomic improvements, a bolt catch, accessory rails, and a telescopic butt stock.  It comes in in standard 5.45x39mm caliber and is fed from 30 round AK-74 box magazines, but 60 and 95 rounds magazines are also available.

It also has a lower recoil than the AK-74M.