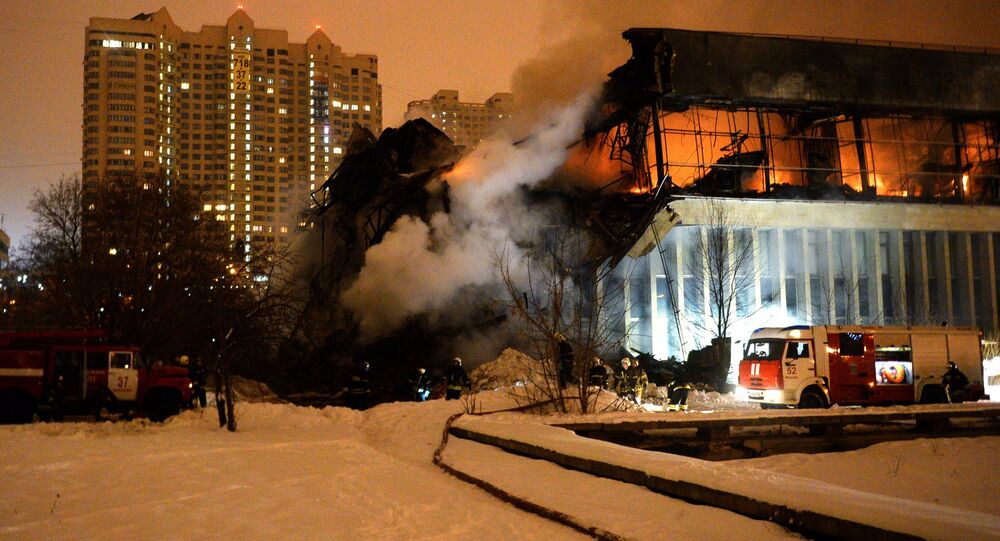 One of Russia’s largest academic libraries, which contained rare UN documents, ancient Slavic texts, and over 14 million books, caught fire on Friday night; although the blaze has been extinguished, the damage already appears to be extensive, having caused part of the roof to collapse.

MOSCOW, January 31 (Sputnik) – The library of the Academic Institute of Scientific Information on Social Sciences (INION) in Moscow, a one-of-a-kind treasure trove of historical documents and millions of books, caught fire on Friday night.

The fire reportedly erupted at around 10 p.m. local time (7 p.m. GMT) on the third floor of the institute, according to the Ministry of Emergencies.

Some 2,000 square meters were engulfed in flames, causing the roof to fall in.

The cause of the fire could have been a short circuit, the ministry says.

According to the ministry, 147 rescue workers and 38 firefighting vehicles were called in to extinguish the fire shortly after midnight.

No casualties have been reported. But the news quickly got into the internet with many worrying about the future of the library, calling it a great loss both for science and culture.

The library was founded in 1918, and is home to more than 14 million books, including rare texts in ancient Slavic languages, as well as documents from the League of Nations, UNESCO, and parliamentary reports from foreign countries including the US, dating back as far as 1789.

One of Russia’s most important libraries, INION maintains a book exchange with 874 partners in 69 countries.

Moscow Court Obligates US, Library of Congress to Return Schneersohn Books to Russia

Russia Sues US Library of Congress Over Jewish Texts